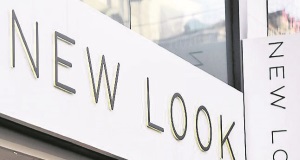 New Look has said some of its store landlords want the fashion retailer to take a “gamble” that could result in the eventual winding up of its Irish arm, with the loss of 475 jobs.

A lawyer for the company told the High Court that examinership was its “only means of survival” amid ongoing financial losses due to the Covid-19 pandemic.

Kelley Smith BL said landlords opposing examinership instead wanted the company to “keep going” until it reached the “precipice.”

Mr Justice Denis McDonald reserved judgement on whether to confirm the appointment of an examiner to New Look Retailers (Ireland) Limited, which operates 27 stores.

An interim examiner will remain in place until the case comes back before the court in two weeks.

She said sales were declining, with an independent analysis showing a current drop of 49% on last year.

The company had been trading at a loss since the beginning of the pandemic and all indications were that it would continue to do so “for the foreseeable future,” she said.

The company was in a loss-making position in 2018, had made a “small profit” in 2019 and had now returned to loss.

A projected post-examinership cash figure of around €11.2 million did not take into account liabilities such as rent arrears, she said.

An independent expert predicted both cash flow and balance sheet insolvency by March 2021.

If New Look got to March and continued paying debts, eventually the company was looking at liquidation, the loss of 475 jobs and the depletion of whatever dividend remained, Ms Smith said.

Mr Fanning had said the company’s evidence was “speculative” but Ms Smith said with the pandemic, it was an “unprecedented retail environment” and there had to be some looking forward.

With significantly reduced income, the company was bound into long-term leases on premises that were above market rents and “over rented”, at an estimated €4.5m per annum, Ms Smith continued.

If an examiner was appointed the repudiation of leases became possible, she said.

The opposing landlords “feared” market rent, she said; they wanted the company to “gamble” and “just keep going.”

“The penalty is a high one” if the gamble “doesn’t pay off,” Ms Smith said; it could end up in the winding up of the company and loss of jobs.

On Monday, New Look was allowed to pay a €2.7 million Revenue bill so it could get tax clearance to apply for the Employment Wage Subsidy Scheme (EWSS) for workers.