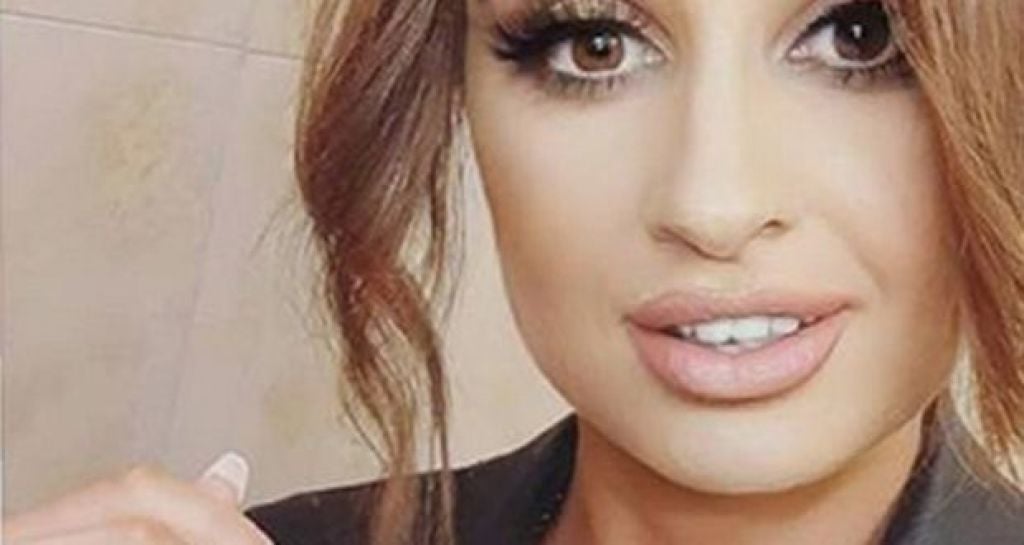 A 34-year-old man accused of murdering his ex-girlfriend Nadine Lott told a motorist that he had “killed my wife because she was with my friend”, just hours after he assaulted her, a trial has heard.

The jury also heard on Thursday that Daniel Murtagh told a paramedic that he had killed his “girlfriend” after crashing his car into a ditch in the early hours of the morning. “In the back of the ambulance he was telling me how much he loved his girlfriend, but they had a fight,” said the witness.

The barrister said the court will hear evidence that the injuries to Ms Lott were so serious that she never regained consciousness and died three days later in St Vincent’s Hospital in Dublin. An intensive care nurse at the hospital has told the jury that Ms Lott was “completely unrecognisable” and that she had never seen anybody so badly injured.

A paramedic who attended to Ms Lott at her home told the jury that the call will “haunt” him for the rest of his career and was one of the most “horrendous scenes” he had ever walked into in his life. The garda who telephoned ambulance control informed them that Nadine had been “beaten to a pulp”.

Mr Murtagh, of Melrose Grove, Bawnogue, Clondalkin, Dublin 22 has pleaded not guilty to murder but guilty to the manslaughter of his 30-year-old ex-partner Ms Lott at her apartment in St Mary’s Court, Arklow, Co Wicklow on December 17th, 2019.

Giving evidence today, John Begley said he saw a car in a ditch as he was travelling over Bookies Bridge with his wife on the morning of December 14. He initially thought “some guy” was out at their Christmas party and had crashed their car into the ditch.

When he saw that no one was in the car he continued driving on but then saw “a chap” standing on the side of the road at Laragh GAA pitch. “He was staggering, his legs weren’t moving. I presumed at the time that it was a guy who had a few drinks and had crashed his car,” he said.

The man fell to the ground as Mr Begley drove by so he reversed his car. Mr Begley said he spoke to the man, who was lying on his stomach, and asked if he was okay. He then got a coat and umbrella out of his vehicle to keep him dry. “When he fell his head was facing back towards Rathdrum and his feet facing towards Laragh village,” he said, adding that his trousers and pants were around his knees and he had no shoes on. He asked his wife to ring an ambulance as he did not know how serious the man was hurt.

The witness said the man told him that his name was Daniel and he was from Clondalkin. He noticed that the accused had blood on the side of his head and hand. “He asked me ‘are you a guard’ and told me ‘you’re not very good at interrogating’,” he said. Mr Begley was with the accused man for around an hour until the ambulance arrived.

When gardaí arrived at the scene, the witness said that Mr Murtagh got very agitated. Mr Begley continued: “He then said to me ‘you don’t know what I’ve done”. I said what did you do. He said ‘I killed my wife’. I didn’t think anything of it. He said it a second time and said he hoped she was not dead. He said ‘she was with my friend’.”

Mr Begley told the jury that what the accused said to him the first time had “passed” him by, but he was “taken aback” or “stunned” when he said it a second time and “thought something serious is going on here”. The witness said he remained with the accused until the ambulance arrived at 8.50am.

Under cross-examination, the witness agreed with defence counsel Brendan Grehan SC that he had acted as the “good Samaritan who didn’t drive by” when he saw someone standing on the edge of the road needing help. He said the accused, who smelled of alcohol, had told him his name three times, but he could not grasp it as it was “very slurred”.

Mr Begley told Mr Grehan that gardaí had arrived at the scene but were further down the road when the accused said “you don’t know what I’ve done”. He agreed with Mr Grehan that the accused had also told him that he had killed his “wife because she was with his friend”. Mr Begley also recalled Mr Murtagh saying: “I hope she is not dead, tell my family I’m sorry.”

Paramedic Patrick Naugton testified that he got a call to go to the scene of a road traffic accident at Laragh on the morning of December 14th and arrived there at 8.48am. When he arrived, a passerby was attending to a man, who had a few jackets over him to keep him warm. The witness said the patient, who he now knows to be Mr Murtagh, was complaining of neck, back and leg pain.

He pulled a blanket away to check for injuries and he noted the man’s trousers were around his ankles. The patient told him he had post-traumatic stress disorder and described him as confused. “He said he had taken two Valium at 10pm the day before and had been drinking,” said the witness.

Mr Naugton said he was shocked when Mr Murtagh told him that he had killed his girlfriend. “I didn’t know what to say and he said it again,” he continued. The witness told his colleague what the accused had said and the other paramedic informed gardaí. “He then asked me was I with him or against him; my reply was that I was impartial,” he said.

Mr Murtagh’s nose was bleeding, he had a bruise to the left temple and he was about 100 metres away from where the crash had occurred. When asked what had happened, Mr Murtagh said he had been driving and “it was a good crash”. The front window of the car was smashed.

The paramedics brought him by ambulance to Tallaght Hospital and they arrived at the resuscitation unit at 10.06am. “In the back of the ambulance he was telling me how much he loved his girlfriend, but they had a fight,” said Mr Naugton, adding that he got the impression that the couple had been together for years.

Under cross-examination, the witness told Mr Grehan that his client was confused throughout his dealings with him and was not able to inform him how his car had ended up in the ditch. He said he had killed his girlfriend “out of the blue”. He agreed that Mr Murtagh had kept repeating that he loved his girlfriend in the back of the ambulance, that they had been together for years but they had a fight.

CCTV footage was also shown to the jury of Mr Murtagh driving his Volvo car “somewhat erratically” from St Mary’s Court at 4.22am on December 14. Under cross-examination, Detective Garda Roisin Rowley-Brook agreed with Mr Grehan that two witnesses gave evidence yesterday that the accused had left the scene in Ms Lott’s BMW car but they were “clearly wrong about that”.

At the outset of the trial, defence counsel Brendan Grehan SC made a number of admissions of fact to the court on behalf of his client. These included that the accused accepted that he had unlawfully killed Ms Lott and he “alone inflicted the injuries she suffered”. The issue to be decided by the jury, Mr Grehan said, will be his intent and in the “broader sense his mental state at the time”.

The trial continues this afternoon before Mr Justice Michael MacGrath and a jury of seven men and five women.