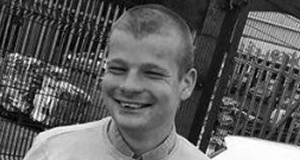 A murder trial witness has called the accused a “scummy bastard” and insisted he did not tell lies in his evidence to the jury.

The witness, who cannot be named by order of the court, insisted under cross examination that the accused told him that he had put the deceased “out of his misery” and that he had “slaughtered him”. He also said that the accused is trying to claim insanity, which the witness described as “bullshit”.

In his direct evidence yesterday the witness said that the accused man Philip Dunbar (20) came to his home shortly after the stabbing carrying a bloody knife. He said Mr Dunbar “boasted” about having stabbed 23-year-old Adam Muldoon, a homeless man with cerebral palsy, and said that he had “put him out of his misery”. He also said he was at Sean Walsh Park in Tallaght the following morning when Mr Dunbar disposed of the knife that was allegedly used in the stabbing.

Mr Dunbar, through his barrister Giollaiosa O’Lideadha SC, has accepted that he must have stabbed Mr Muldoon but said he has no memory of it. He has pleaded not guilty to the murder of Mr Muldoon at Butler Park, Jobstown Park, Tallaght, Dublin 24 on June 22nd or 23rd, 2018.

Mr O’Lideadha suggested that the witness has a “passionate interest in attacking Philip Dunbar and saying the worst possible things that come into your head.” The witness said that wasn’t true. Mr O’Lideadha also challenged the witnesses’ testimony that the accused had to change hands during the stabbing so that he could keep going. Mr O’Lideadha asked him if he had made this up after reading media reports stating that Mr Muldoon was stabbed more than 180 times. The witness responded that he had no need to make anything up.

When asked whether he had done his best to help gardaí the witness said that at first he was worried that people would call him a “rat” but later decided he didn’t care about that. He said this wasn’t “some gangland shite” but was “scummy” and telling the truth was the right thing to do. He said that when he spoke to gardai a second time he told them “nothing but the truth”.

Mr O’Lideadha also asked the witness if he was sure that he didn’t go into the park where Mr Muldoon was stabbed. “One million percent sure,” he responded, adding that CCTV would prove he was at home at the time. The cross examination will continue on Monday in front of Mr Justice Paul McDermott and a jury of six men and six women.