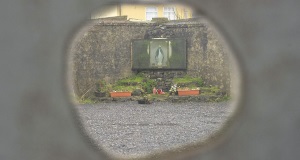 The Commission of Investigation into Mother and Baby Homes has requested a further extension until June 26, the Department of Children has announced.

The commission is examining the deaths of babies and children at several homes, including those at the Tuam home for mothers and babies, which was run from 1925 to 1961 by the Bon Secours Sisters.

The work was originally due to be completed in February 2018.

The commission found that 937 children and babies died in Tuam, either in Glenamaddy, or the Tuam home itself.

The Glenamaddy workhouse had its own burial ground, and it was found that 79 children who died there are most likely buried on the site.

However, there is no burial register available for the institution, and the figure cannot be verified.

Many of the children who died in the Tuam home are buried in 20 underground chambers which could have been used for the treatment of water or containment of sewage, dating back to 1937.

Minister for Children and Youth Affairs, Katherine Zappone, confirmed yesterday she had received another interim report from the commission.

Ms Zappone lost her seat in the Dáil following the general election on Saturday, but will remain a minister until a new Government is formed.

She said that while very disappointed that additional time is needed, she accepts that the commission is using its best endeavours to conclude matters as expeditiously as possible in accordance with the legislative framework.

“Although it is a short report, it nonetheless raises complex issues related to the completion of the commission’s programme of work,” said Ms Zappone.

“Most significantly, because the commission is required to transfer its records to the minister and deal with third-party legal costs prior to submitting its final report, the commission has requested an extension of time to enable it to effectively manage these issues.”

She added that the commission has highlighted how these requirements create significant problems in the absence of a further extension of time.

“I know that many former residents and their families have contributed to this process and are anxiously awaiting the outcome of the investigation,” said Ms Zappone.

“We can now confidently say that we are nearing the conclusion of this critically important and comprehensive investigative process.

“In agreeing to a short extension, the Government’s priority is to avoid any risk to the outcome of this intensive five-year investigation and the unique opportunity it presents to acknowledge and better understand the truth of what happened to vulnerable women and children in these institutions.”

Ms Zappone said she plans to publish the report as soon as practicable, subject to further consultation with the commission.

Wales innomin - February 29, 2020
0
A bridge on one of Cardiff's busiest roads was closed for more than two hours as river levels reached a worrying...

Ireland innomin - February 29, 2020
0
Gardaí are appealing for help in locating a 15-year-old missing from Dublin.Daniel Grainger is missing from his home in Bushy Park House in...

UK News innomin - February 29, 2020
0
Young children as young as 10 ended up amid far more than 230 people rescued past thirty day period through a collection of...

Young children compelled into sex work amid 230 people rescued in...