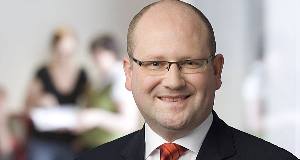 The Labour Party is promising a shorter working week for no less pay, increased public holidays and ensuring workers’ right to switch off from work when at home.

Labour, in office, will maintain the State Pension age at 66, end compulsory retirement at 65 in employment contracts, and provide a transition payment, it said.

Announcing its plans in Dublin, the party said it will examine the evidence for a shorter working week without loss of pay, including approaches such as the six-hour day and the four-day week, and we will implement findings that are consistent with good work-life balance, high productivity and safeguarding worker’s pay levels.

Launching its policy for ‘Better Pay and Job Security’, the party says that although Ireland is now a prosperous country, there is still a large and growing wealth gap between rich and poor.

The party’s industry spokesman and Louth candidate, Ged Nash, said the party will raise the minimum wage to be a real living wage. The Low Pay Commission will have the role of setting out how the minimum wage will remain above two-thirds of median income, as it was originally in 2000, and sufficient to provide a minimum essential standard of living.

Mr Nash said the party will implement a right to disconnect for employees to switch off from work email and phone calls when outside of work hours and when not compensated for this extra activity.

The party is also promising to increase the minimum wage to a €12.30 national living wage if re-elected to office.

“Nearly a quarter of workers are on low pay, and many jobs are insecure. Labour’s vision for 2030 is Ireland as an equal society, in which all workers are paid at least a living wage and have job security,” he said.

He said in office Labour will guarantee everyone the right to be represented at work by a trade union, and employers will be required to negotiate with their employee’s representatives.

Mr Nash is promising that Labour will eliminate bogus self-employment and ‘if and when’ arrangements and we will enforce a right to certainty of working hours for people in precarious employment.

Large cocaine seizure made in Belfast

Ireland innomin - February 24, 2021
0
Around 10,500 people arrived in Ireland through Dublin Airport last week, the Minister for Health has revealed. Speaking in the Dáil, Stephen Donnelly said...

Wales innomin - February 24, 2021
0
This traditional terraced house can currently claim to be the cheapest house for sale in Wales, as an auction house has...