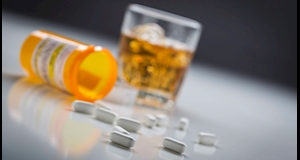 The number of calls and emails to the HSE’s Drug and Alcohol Helpline increased by more than 29% last year.

According to details released under the Freedom of Information Act, there were more than 5,500 contacts in 2019.

The helpline is a free and confidential listening and email service for people with concerns about drug or alcohol use.

The level of use of the service has increased sharply in recent years.

Eunan McKinney, from Alcohol Action Ireland, is not surprised by the statistics.

Mr McKinney said: “I think that the numbers indicate probably the level of activity that has been coming from the HSE alcohol programme throughout 2017 into 2018 and 2019 whereby they have engaged in a more proactive campaign to try and demonstrate some of the preventative measures which are required around alcohol.”

In the five years between 2014 and 2019, there was a five-fold increase in the number of contacts about alcohol and cocaine.

During the same period, contacts about cannabis rose by 62%.

The number of calls and emails about prescription tablets, such as benzos and anti-depressants, is almost three times higher than in 2014.