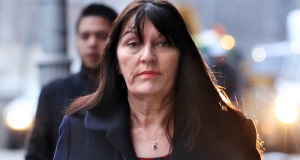 Former public relations consultant Monica Leech is disputing a decision allowing €177,400 fees and costs for solicitors instructed by her in a defamation case over a newspaper article published following a RTE Liveline programme 15 years ago.

The defamation case, initiated in late 2004, ultimately settled in February last year on terms including costs orders against Independent Newspapers in favour of Ms Leech.

She had in late 2004 instructed solicitors McCann Fitzgerald (MCF) to represent her in defamation proceedings over the Irish Independent article, published following the December 16, 2004 Liveline broadcast. The firm was also instructed by her in actions against other titles in the Independent Group.

She terminated the MCF retainer in August 2011 and later instructed a Co Waterford based firm, Kenny Stephenson Chapman.

Her case over the Irish Independent article had gone to trial in June 2007 when a jury rejected the meanings attributed to the article by her.

On February 6 2018, the High Court was told the case had settled with an agreed order to deal with costs, in favour of Ms Leech, for that and the previous trial. Issues concerning exactly what costs are to be paid to Ms Leech by Independent Newspapers were parked pending the outcome of the taxation of the costs sought by McCann FitzGerald.

Ms Leech had represented herself in proceedings before the High Court Taxing Master concerning the fees and costs claimed by MCF under its seven-year retainer.

Represented by William Fitzgerald, instructed by Kenny Stephenson Chapman, she applied to the High Court today for a review of the Taxing Master’s dismissal of her objections to his rulings.

Among her claims is the Taxing Master erred in how he quantified the MCF bill of costs and instruction fee at €177,440 for work done over the seven year period.

Ms Leech has not disputed the work claimed for was done but claims the sum quantified, taking into account a 30 per cent discount applied by MCF on the original fees sought and other reductions, should have been about €154,584.

Ms Leech also claimed the instructions fee was five times more that what was originally estimated and, she alleged, contained a “success” fee imposed on her without her consent.

She also disputes a €10,000 bill for a mediation, claiming she had understood her personal bill for that mediation would not exceed €5,000. The court heard the mediator’s bill was just over €3,000 with the remainder divided between counsel and solicitors who acted for Ms Leech in the mediation.

Opposing her application, Alan Keating BL, for MCF, said there has never been any suggestion the work claimed for by the solicitors was not done.

Any overlapping with work done on the other cases brought by Ms Leech by her was allowed for by the 30 per cent discount volunteered by the MCF solicitor, he added.

The fees and costs were fair and reasonable, Ms Leech could not raise the alleged quantification error at this point and she had also failed to show any such error had rendered the Taxing Master’s overall decision unjust, he said.

It would be “wholly unjust” to put a solicitor at a hazard of the lesser sum particularly when the solicitor had wanted the party and party costs dealt with first, he said.

There was no evidence Ms Leech is in financial difficulty, he added.

The hearing continues on Wednesday before Mr Justice Anthony Barr.

Boy, 15, stabbed during assault in Dublin

Ireland innomin - January 25, 2020
0
Update 1pm: The three children who were found dead in a house south-west of Dublin city last night have been named by gardaí.Brothers...

Ireland innomin - January 25, 2020
0
Gardaí have renewed their appeal for information about a man who has been missing from his home in Cork for 10 days.Christophe Goutte,...

Ireland innomin - January 25, 2020
0
Gardaí are asking for the public's help to find a boy missing in Co Westmeath.Ronan Quinn, 14, is missing from his home in...