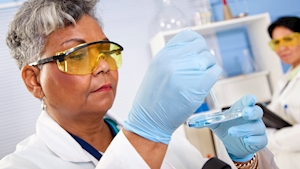 There were “missed opportunities” to prevent or diagnose cancer in some women but, overall, Ireland’s cervical screening programme is performing effectively, according to an independent review by British doctors.

It found that 12 women died as a result of a missed opportunity to prevent cancer or diagnose it at an earlier stage. In their review, the Royal College of Obstetricians and Gynaecologists (RCOG) made several recommendations to support ongoing quality improvements across the CervicalCheck programme.

The review analysed 1,659 slides from 1,038 women or their next-of-kin, who consented to take part in the review. Some 1,034 women had invasive cancer and four had high-grade abnormal changes. The expert panel identified missed opportunities to prevent or diagnose cancer earlier in 159 (15%) of the 1,034 women with cancer.

The overall pattern of disagreement found by the review panel was similar to a much larger slide review involving cases of cervical cancer in England.

The panel called for tighter scheduling in colposcopy management after finding shortcomings in several cases. “We identified cases where there were delays in initial referral, between visits, and in scheduling treatment,” they stated.

Colposcopy management was examined in 106 (10%) women with cancer and in a quarter of these cases (27), the clinical management was considered to be “suboptimal” to the extent that an opportunity to prevent cancer or to diagnose it ant an earlier stage was missed.

The RCOG review took 18 months, which the panel said was down to issues over consent — the slide review began in February. Its primary responsibility was to provide reports to individual women who were consulted beforehand.

The panel’s lead assessor, Professor Henry Kitchener, said the detailed scrutiny of colposcopy did identify cases where management of abnormal smears could have been better. This reinforced the need for vigilance and adherence to CervicalCheck clinical practice guidelines, he said.

Some 567 women did not consent to be included in the review but the panel did not believe they would have had different findings.

Prof Kitchener said there was “clear evidence” from falling death rates that the CervicalCheck programme was working effectively and women could have confidence in it.

“Regular participation in screening remains the most effective means of protecting women from cervical cancer,” he said, adding that women could have confidence in the programme that was responsible for the detection of 2,500 precancers per year. “That manifestly is going to have a highly protective effect.”

UK News innomin - July 13, 2020
0
A Beijing regulation professor who has been an outspoken critic of China’s president, Xi Jinping, and the ruling Communist occasion was produced on...