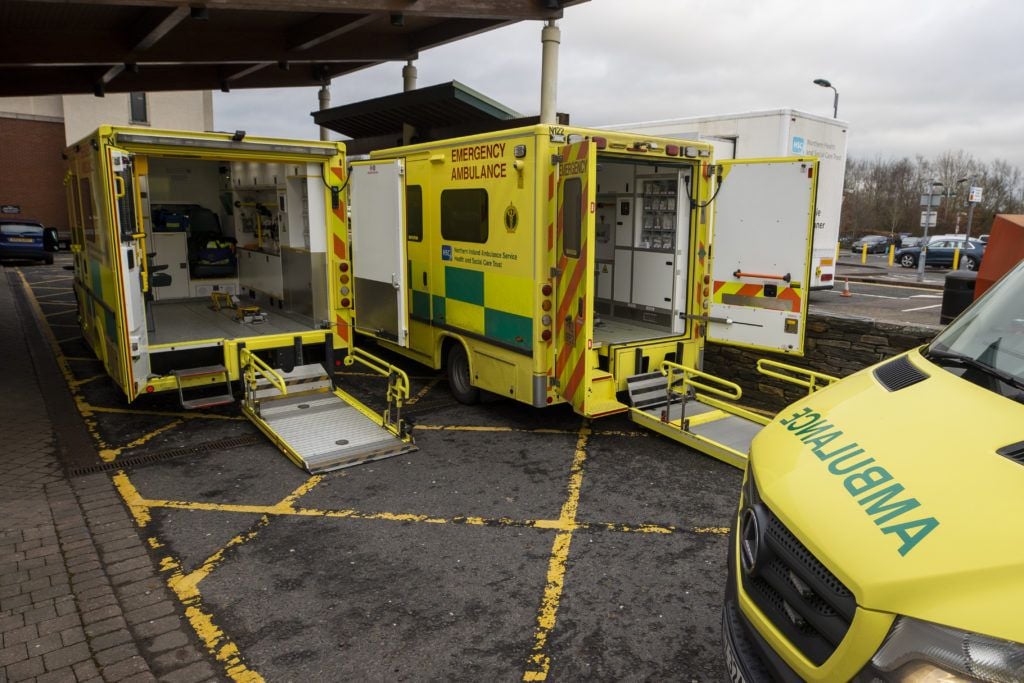 Members of the military are to be brought in to support health staff in Northern Ireland in the third spike of the Covid-19 pandemic.

Stormont Health Minister Robin Swann said that while he hopes the peak of hospital admissions has been hit, he warned the number of patients needing critical care is likely to increase further.

On Wednesday, there were 832 Covid-positive patients in hospital, 67 of whom were in intensive care units.

A further 22 deaths of patients who tested positive for the virus were recorded in the region, as well as another 905 cases.

Mr Swann said he made the formal request for extra help last week when it was made known that a number of medical technicians were available.

More than 100 medically trained technicians are set to help in Northern Ireland.

“I sincerely hope this will not be viewed as a divisive decision because I can assure it is not,” he told an Executive press conference.

“The Armed Forces have medical expertise and it would have been an abdication of responsibility on my part if we didn’t avail of that.”

Use of the Army has prompted tensions in the past in Northern Ireland but it has previously helped out with weather-related incidents.

The minister added: “I welcome this agreement, which comes at a particularly challenging and critical period for our health service.

“The Armed Forces have provided invaluable support in this pandemic, including aeromedical evacuation, real-estate and ongoing logistical planning.

“I thank the MoD for this support and for this timely Military Aid to the Civil Authorities (MACA) agreement finalised today.”

Mr Swann also indicated that while the infection rate is dropping in Northern Ireland, it needs to be pushed down further.

He said he will bring a paper to a meeting of the Stormont Executive on Thursday where the current lockdown restrictions are to be reviewed.

“I will bring a paper to that meeting setting out my recommendations,” he said.

Some 160,396 coronavirus vaccines have now been administered in Northern Ireland.

Patricia Donnelly, head of the Covid-19 vaccine programme, said the effort is mainly limited by supplies of the vaccine at this stage.

“We have now completed care homes other than a very small number that have been in outbreak,” she said.

“Supplies are the limiting factor.” She added that further deliveries are expected in the next week.

Meanwhile, Mr Swann expressed his disappointment with the draft budget for Northern Ireland.

“What we need is a long-term financial settlement for health and social care, a settlement that allows us to transform services and tackle core problems, including waiting lists, staffing and staffing supports,” he said.

“It is my opinion that this draft budget falls well short of that.

“I say that not to make a party political point or to criticise my Executive colleagues.

“This is a tough budget for all departments and we certainly hope that the Treasury rethinks its approach to public spending, but if it doesn’t, difficult decisions will be required at a local level, and I will battle with all my energy and determination to secure more funds for health.”

Brexit checks in North ‘could be overwhelmed when supermarket exemption ends’

More than half a million Covid vaccine doses given in North

Wales innomin - February 25, 2021
0
A formal review a decade on from the tragic death of an eight-year-old boy has concluded that the Welsh Government failed...

How will students receive their exam results in England?

Wales innomin - February 25, 2021
0
The Government has unveiled how pupils in England will receive their results after their exams were cancelled this year. Education Secretary...

How will students receive their exam results in England?