By Tim Stickings For Mailonline

McDonald’s has apologised for a Halloween promotional campaign long gone mistaken in which an ice product dessert was branded as ‘Sundae Bloody Sundae’.

The quickly-foods huge said it had not supposed to invoke the memory of Bloody Sunday in 1972, when British soldiers shot thirteen people dead at the top of the Difficulties in Northern Ireland.

The slogan had appeared in quite a few McDonald’s dining establishments in Portugal but has now been dropped following an outcry.

Just one purchaser posted a photograph of the advert on Twitter with the caption: ‘Portugal is cancelled’. 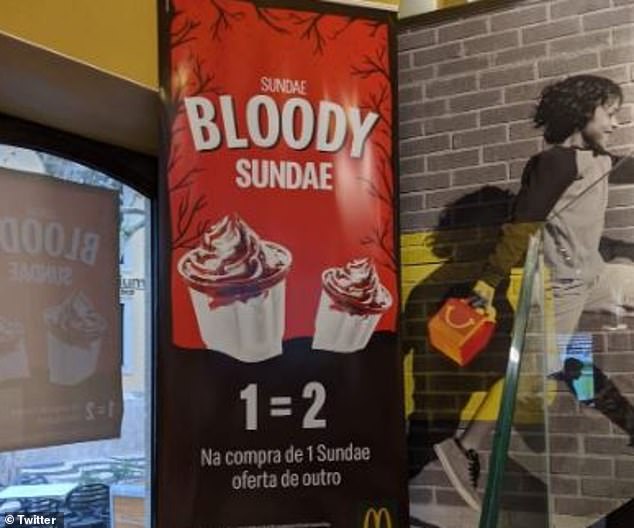 Controversy: McDonald’s has apologised for a Halloween promotional campaign long gone mistaken (over)  in which an ice product dessert was branded as ‘Sundae Bloody Sundae’ in Portugal

In a statement to BBC Information, a McDonald’s spokesman said that only a ‘small quantity of restaurants’ had carried the slogan.

‘When marketing its Halloween Sundae ice product, McDonald’s Portugal designed a nearby industry activation for a tiny quantity of its dining establishments in Portugal,’ they said.

‘The campaign was supposed as a celebration of Halloween, not as an insensitive reference to any historic celebration or to upset or insult any one in any way.’

The advert had considering the fact that been eradicated from all the dining establishments in question, the spokesman said.

‘Sunday, Bloody Sunday’ is the title of a U2 song and a 1971 film but numerous clients felt it was an unfortunate reference to the violence in Northern Ireland.

Just one Twitter user, Nial Finegan, said the advert was ‘totally unacceptable’ and urged McDonald’s to choose it down. 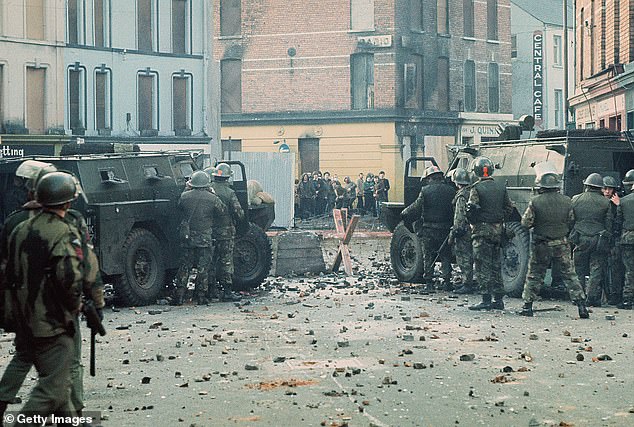 Bloody Sunday: British soldiers in Londonderry on January 30, 1972, a single of the darkest times in the background of the Northern Ireland conflict

A different user requested: ‘McDonald’s – do you know your background?’.

British soldiers shot at civilians in Londonderry on January 30, 1972, killing thirteen people, on a single of the darkest times in the Northern Ireland conflict.

A lengthy-awaited report which was published in 2010 discovered it had been ‘unjustifiable’ for the British paratroopers to open up fireplace.

Then-PM David Cameron apologised on behalf of the British authorities following the report was published.

In a equivalent row in 2013, a bar in London’s Covent Yard marketed a cocktail called Sundae Bloody Sundae, topped with a toy soldier.

The promotion was labelled ‘crass and offensive’ at the time.