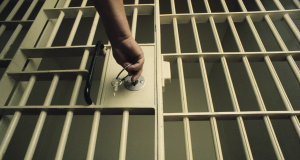 A man who sexually abused his friend’s seven-year-old son while staying in her house has been jailed for three years.

The 35-year-old man, who cannot be named to protect the anonymity of his victim, continues to deny he sexually assaulted the boy and he wrote a letter to the court making “disparaging comments” about the victim’s mother, Dublin Circuit Criminal Court heard today.

He was found guilty by a jury of a sample count of sexually assaulting the older boy. He was found not guilty on one charge relating to the younger boy and the jury was directed to return a not guilty verdict on the final charge.

Sentencing him today, Judge Melanie Greally said she had to take into account the fact the man had not admitted his guilt or expressed remorse for his actions.

“Neither he nor his family accept the verdict of the jury,” the judge said, adding the man had written a letter to the court in which he made “disparaging comments” about his victim’s mother and maintained that he was a victim in all this.

She set a headline sentence of four years but, taking into account mitigating factors including his previous good character and work history, jailed him for three years.

In his victim impact statement, which was previously read out in court, the now 14-year-old boy said that because of the events, he had had many life problems which the man did not consider.

The boy said he sleeps with the light on and cannot sleep facing one way without being scared. He said he has at times gone days without sleeping and is scared that the man will come back.

In her victim impact statement, which was also read before the court, the boy’s mother said her family was “a victim of this man’s cruel actions”. She said her friend had abused her trust and abused her son.

A local garda told Fiona McGowan BL, prosecuting, that the man was a friend of the boy’s mother and was staying with the family in an attic room at the time of the offence.

The boy told his mother that the man made him touch the man’s “willy” and that the man had also touched his “willy”. He said this happened at night in both the man’s attic room and his own bedroom.

The garda agreed with Damien Colgan SC, defending, that his client removed himself from the environment and has not contacted the family since.

Judge Greally backdated the sentence to October 18 this year, when the man went into custody.