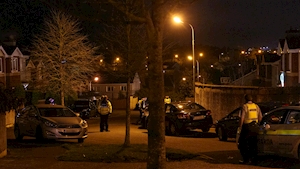 Gardaí in Cork city are appealing for information following the shooting of a man in the northside suburb of Ballyvolane on Friday.

The 41-year-old was approached by a lone gunman and shot a number of times as he got out of a car in the Chapelgate area at 7.40pm.

The victim remained in Cork University Hospital (CUH) over the weekend where his condition is understood to be stable.

Gardaí believe the gunman fled the scene on foot.

The injured man was initially treated at the scene by members of the Southern Region Garda ASU (Armed Support Unit) before he was taken by ambulance to CUH.

Labour Party city councillor John Maher said the local community was “shaken” by the incident. He said he believed a similar incident had occurred last year.

“There’s a really good, strong community here and when something like this happens, people forget all the good that’s done.

“Everyone is very shaken by it,” Mr Maher said.

He said training had been ongoing in the nearby Leeds Utd FC grounds when the incident occurred.

“People heard the shots. Nobody wants that going on in their neighbour,” he said.

Mr Maher said his canvassers had been in the Chapelgate area 24 hours earlier, in the run-up to the weekend byelection, where Mr Maher was a candidate for the seat vacated by Fianna Fáil’s Billy Kelleher. It was won by Fianna Fáil’s Pádraig O’Sullivan.

Mr Maher said they needed “more gardaí on the street”.

Gardaí at Watercourse Road are appealing for information.

An incident room has been established at the station and a case conference was held by investigators yesterday. No arrests have been made to date and enquires are ongoing.

Anyone who was in Chapelgate area between 7pm and 7.45pm is asked to contact gardaí who are also appealing to anyone with camera footage (including dashcam) to make it available to investigators. Contact Mayfield Garda Station 021-4558510 or the Garda Confidential Line 1800 666 111.

Wales innomin - January 27, 2020
0
If you're a fan of cleaning sensation and Instagram star Mrs Hinch, you'll probably be aware of her favourite household products....