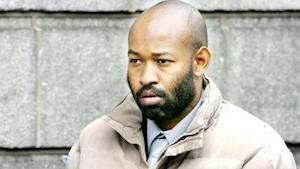 A man who spent 16 years in jail for the murder of his infant son has been found not guilty of the toddler’s murder by reason of insanity after a retrial.

Yusif Ali Abdi was tried before the Central Criminal Court in 2003 for the murder of his son, where a jury rejected his insanity defence and found him guilty of murder by a majority verdict.

He subsequently spent 16 years in jail before his murder conviction was quashed by the Court of Appeal earlier this year after the court heard he had been diagnosed with paranoid schizophrenia in 2013.

The four-day retrial heard that a psychiatrist who gave evidence at the 2003 trial that Mr Abdi was not suffering from paranoid schizophrenia, was now of the view that the man displayed early signs of the mental disorder at the time.

Dr Damian Mohan, a consultant psychiatrist at the Central Mental Hospital (CMH), told the court that he now has the benefit of three admissions of the accused to the facility following his murder conviction in 2003, which he did not have at the time.

Defence counsel Barry White SC said in his closing speech that Dr Mohan had been “man enough” to say he made a mistake as to Mr Abdi’s mental disorder after being persuaded by reports from other psychiatric experts in the field.

The wife of the defendant, Amanda Bailey, gave evidence in the case, telling the jury that the way her husband has been treated is “beyond cruel” and that no one deserves to suffer in the way he has.

Mr Abdi (46), with an address at Charleville Road, Phibsboro, Dublin 7 was charged with murdering 20-month-old Nathan Baraka Andrew Ali at The Elms, College Road, Clane, Co Kildare on April 17, 2001. He had pleaded not guilty to the charge.

The court had previously heard that Mr Abdi came from Somalia to Ireland in 1997 and was granted refugee status in 2000. He married Irish woman Amanda Bailey and they had a son Nathan, who was born in August 1999.

A pathologist told his retrial that baby Nathan died from head injuries which were most likely caused from his head impacting at least three or four times against a hard surface such as a wall or floor.

The Central Criminal Court trial heard that on the night of the killing, Ms Bailey and Nathan visited Mr Abdi in his apartment at Clane. Mr Abdi removed his son from his mother’s bed around 4am and took him to the living room, where he locked the door and a number of loud bangs were subsequently heard. When Ms Bailey gained access to the room, the child’s body was limp, his head was swollen and he had blood in his nose. Ms Bailey failed to find a pulse on her son and he was pronounced dead at 5.30am that morning.

Four consultant psychiatrists gave evidence over the last few days that Mr Abdi was suffering from schizophrenia in 2001 and met the requirements for the special verdict of not guilty by reason of insanity.

At the outset of the retrial, defence counsel Barry White SC made a number of admissions of fact to the court on behalf of his client including that the accused man caused fatal injuries to his son on April 17, 2001 and rang 999 that night requesting an ambulance for his son.

The jury of seven men and five women spent 17 minutes deliberating today before bringing in a unanimous verdict of not guilty by reason of insanity.

After they had delivered their verdict, Mr Justice Alexander Owens thanked the jury for their service saying: “This has been a stressful case and a very sad one and your service in relation to it is now concluded.”

The judge exempted them from jury service for the next five years.

Mr Justice Owens then made an order committing Mr Abdi to go to the Central Mental Hospital today and to be brought back before the court next Friday.

The judge also directed the preparation of a psychiatric assessment by an approved medical officer.