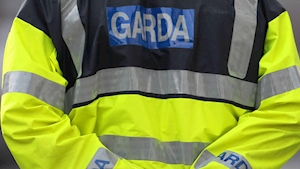 A man, believed to have been armed with a gun, has made off with a box of money after robbing a cash-in-transit van in Dublin.

The robbery happened at Cornmarket in Dublin 8 at around 5.20am this morning.

A man approached and threatened security staff from a cash-in-transit van outside a financial institution.

Gardaí said security staff were delivering cash to an ATM at the bank when the incident occurred.

They added that it is believed he was armed with a hand gun.

The man managed to make off on foot with a cash box containing an undisclosed sum of money.

No shots were fired during the incident and no one was injured.

Gardaí said no arrests have been made to date and enquiries are ongoing.

The Welshman who was sat in a windy tent when he got the call...

Wales innomin - March 6, 2021
0
Phil Prosser was in a tent on Salisbury Plain on a cold and windy day when he got a call which...

The communities in Wales with the highest levels of coronavirus

Wales innomin - March 6, 2021
0
New data released by the Welsh Government and Public Health Wales has revealed the number of cases of Covid-19 in every...

Wales innomin - March 6, 2021
0
Police have had much of their time taken up of late with ensuring the rules around the coronavirus pandemic are abided...

The Welshman who was sat in a windy tent when he...

The communities in Wales with the highest levels of coronavirus