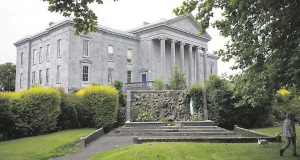 A jury today took less than one hour to deliver a unanimous not guilty verdict against a then 15-year-old teenager charged with defiling a four-year-old boy.

At Ennis Circuit Court today, the jury also delivered a unanimous not guilty verdict against the male charged with the sexual assault of the boy five years ago.

The jury deliberated on the second charge for an additional 20 minutes.

The Co. Clare male before the court, now aged 20, left the dock and embraced his mother.

In his charge to the jury on the fifth day of the trial, Judge Gerald Keys warned the jury that there was no corroboration in the case and that it was dangerous to convict in such a case where there is no corroboration.

The State’s primary evidence in the case was a recorded interview with the boy four years ago.

The interview was carried out by specialist Garda interviewers.

In a Garda interview in May 2015 after he was arrested on suspicion for the alleged rape of the four-year-old, the then accused teenager told Det. Garda Donal Corkery: “I didn’t touch him for the ninth time.”

The male said that what was alleged to have occurred didn’t happen.

The State claimed that the alleged sex act occurred in the teenager’s bedroom and the teenager said that the four-year-old was never in his bedroom.