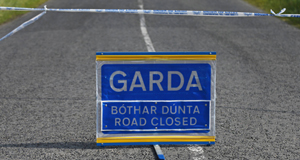 A man has been killed in a crash in Co Kildare.

He was struck by a car on the M7 at the M9 junction just before 10pm last night.

The road is closed to facilitate an examination by the Garda Forensic Collision Investigators.

the latets death comes after a man in his 60s has lost his life following a crash between a lorry and a car at Belturbet in Co Cavan.

It happened at around 2.20pm today in the Cloverhill area.

The driver of the car was pronounced dead at the scene and his body has been removed to Cavan General Hospital.

An investigation is underway and gardaí are appealing for witnesses.

They particularly want to speak to any road users with dash cam footage who may have been passing through the area at the time of the collision.