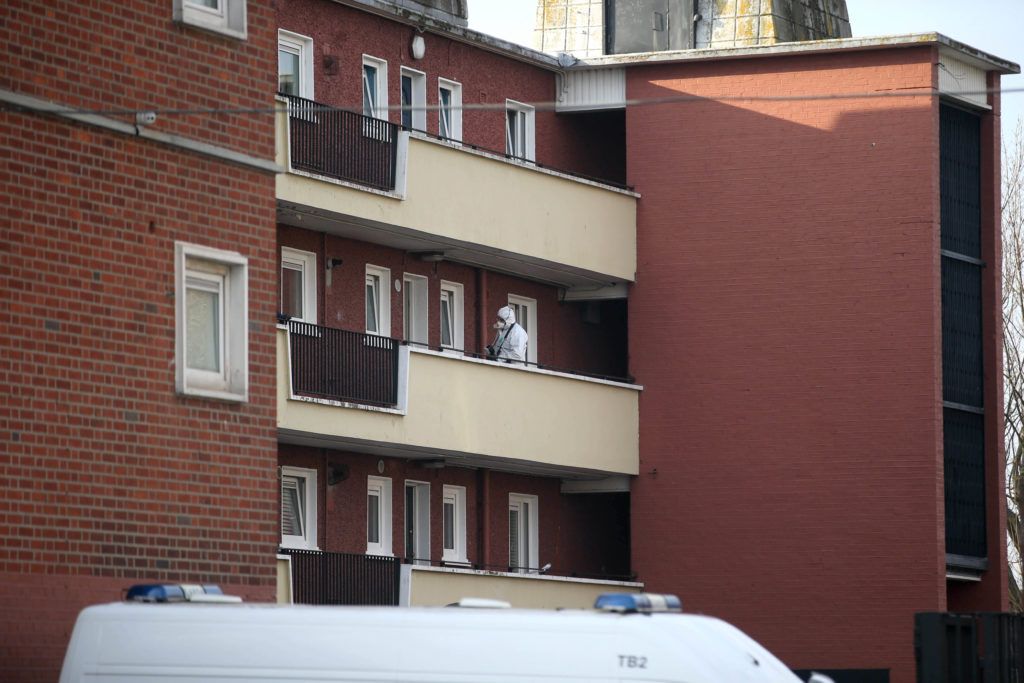 A man has been charged with attempted murder after a shooting left a Dublin mother with “catastrophic” and irreversible injuries.

Sinead Connolly (30) was shot in the hallway of her second floor flat at Bernard Curtis House, in Bluebell, in the south of the city, on the afternoon of March 6th last.
She was rushed to St James’s Hospital and remains in a critical condition.

He was charged with attempted murder of the mother-of-one.

He faces an additional firearms charge for possessing a G9A Grand Power semi-automatic handgun, at Bluebell Road, with intent to enable another person to endanger life on the same date.

Detective Garda Colm Reynolds of Kilmainham station told Judge Kelly that Mr Byrne made no reply to the charges.

The district court cannot grant bail for attempted murder, but it can consider it for the firearms offence.

Defence solicitor Lorraine Stephens said her client was making a bail application in relation to the gun charge. He would live outside the Dublin area, obey conditions and his mother would offer to stand bail in the sum of €20,000, she submitted.

He told the court it was alleged Sinead Connolly suffered “multiple gunshot wounds” and catastrophic injuries. Her young daughter was in the flat at the time.
A witness in her flat told gardai shots were fired through the kitchen door.

It was alleged earlier Mr Byrne entered a nearby flat brandishing a black handgun. He came out with a second male who was now carrying the gun.

The court heard they went to Sinead Connolly’s home and the second man went in followed by Mr Byrne.

Detective Garda Reynolds said when they exited Mr Byrne was helping the other man who was nursing an injury. The gun was left on the stairwell and picked up by a third man, the court was told.

Mr Byrne left the injured man sitting on a kerb at Bluebell Road and went to his home at La Touche Road to get his car, the court heard. He drove back and brought the injured man to St James’s A&E, it was alleged.

The injured man had been shot in the stomach.

The court heard that after Mr Byrne handed himself in to gardai on Monday he exercised his right to silence.

Detective Garda Reynolds said Sinead Connolly suffered life-threatening injuries to her upper body which were “unlikely to be reversible and will change her life from here on in”.

Judge Kelly refused to grant bail on the gun charge.

Mr Byrne was remanded in custody to appear at Cloverhill District Court on Friday.

Last week, Paul Mooney, 32, with an address in Dublin’s south inner city was charged with unlawful possession of a firearm. He is also accused of acting to impede the apprehension or prosecution of a person, knowing or believing them to have committed an offence.

He was also refused bail.

The district court heard he arrived after the shooting.

His solicitor had said he innocently went there to pay someone €50. The court also heard it was alleged he picked up the firearm from the scene and put it in his pocket. He allegedly returned to his own home, wrapped it in two bags and disposed of it in a communal bin area.

It was recovered two days later.