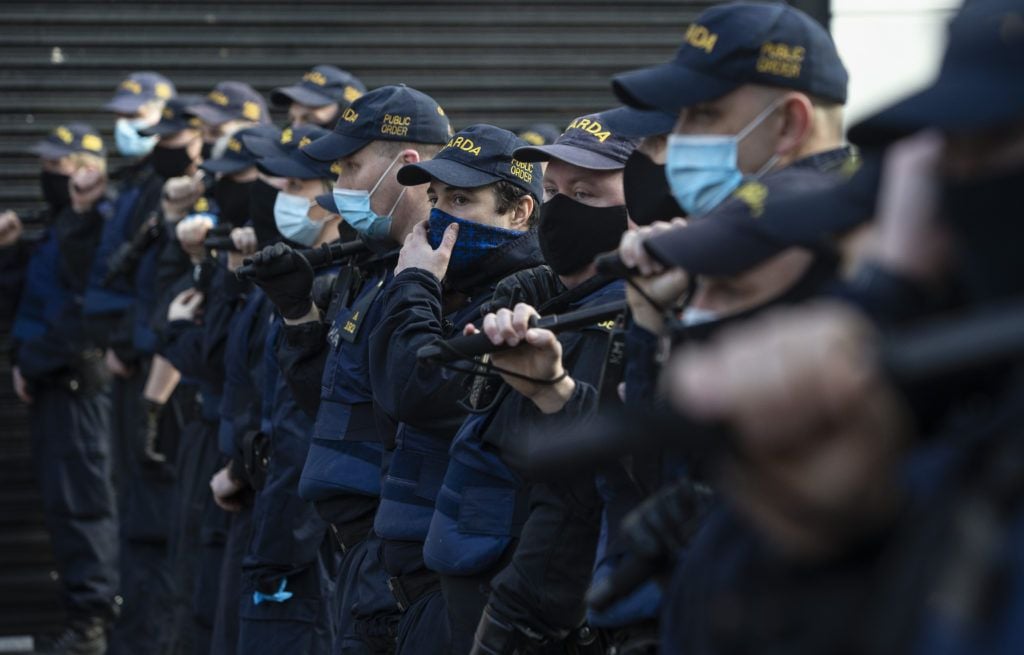 A man in his 30s has been charged in connection with a violent incident which took place at an anti-lockdown protest in Dublin on Saturday.

The man is due to appear before a sitting of Dublin District Court on Wednesday morning.

The man was arrested on Tuesday as part of an investigation into disturbances at the demonstration on Grafton Street in Dublin city centre.

At one point during the protest, fireworks were fired at a line of gardaí on Grafton Street, sparking a baton charge by the officers and clashes with some protesters.

Ireland innomin - April 14, 2021
0
Businessman Jay Bourke left the country due to a social media backlash at breaches of Covid-19 regulations during an event in the Berlin...