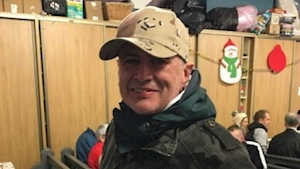 A man has been arrested in connection with the murder of a homeless man in Cork city.

The victim was found by emergency services after the fire brigade was called to a fire at a tent.

Today gardai arrested a man in his 20s.

He is being held at the Bridewell garda station where he can be questioned for up to 24 hours.

Stolen Range Rovers worth £50,000 seized by police in Cardiff

UK News innomin - August 15, 2020
0
Police have issued a warning about a risky high-power batch of Donald Trump-shaped ecstasy supplements. A male in his 30s from Luton has been...

Stolen Range Rovers worth £50,000 seized by police in Cardiff