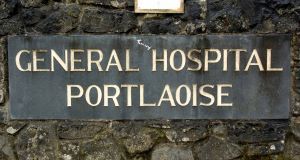 Two separate investigations are underway into the death of a man at a golf course this morning.

The Laois man died at Mountrath Golf Club when he lost control of equipment he was using.

Emergency services were called to the scene after 10am on in response to what is understood to have been a workplace incident.

It is understood that the man, who was in his 60s, was operating mowing equipment when he lost control.

It is believed the man ended up in a drain where he suffered what proved to be fatal injuries.

The man was rushed to the Midland Regional Hospital Portlaoise where medical staff attempted to save him but he passed away around 1pm.

It has yet to be confirmed if the man was an employee or was assisting with maintenance on the course.

Gardaí have attended the scene while the Health and Safety Authority confirmed that it is carrying out an investigation into the workplace incident.

Golf courses are closed to the public at present due to Covid-19 restrictions but they are allowed to carry out maintenance work to maintain the courses for when they do reopen.