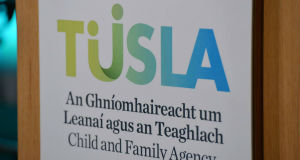 The vast majority of children in care did not attend their Child in Care Review and almost a quarter of reviews did not operate within statutory guidelines, according to new research.

There are around 6,000 children in care at any one time and they are required to have a care plan, with the child in care review the process by which care plans are monitored, reviewed and updated.

An analysis by Caroline O’Meara, appointed as an Independent Chair for Child in Care Reviews three years ago, showed that in 2017 many children seemed to have little input into their care.

Ms O’Meara looked at 265 reviews in one Tusla area and found that while 201 operated within Statutory Guidelines, 64 did not.

Just 71 children attended their review, versus 194 who did not, and only 40 of those submitted a review form, meaning that 75% of children within the case study did not have an input into their care planning.

The research refers to various guidelines as to incorporating the voice of the child into actions that affect them, including Article 12 of the UN Convention on the Rights of the Child, standards applied by the Health Information and Quality Authority and the role of care plans.

The research, submitted last year, also said: “It is unclear what approach Tusla takes to its reviews as supporting data has not been published as to the numbers of reviews undertaken and whether they were operated within the statutory guidelines, which is arguably contrary to the requirements of S8(5) of the 2013 Act which requires Tusla to operate to high standards of transparency and accountability.

“Variances in how review data is reported within the organisation means that it is not known how many Child in Care Reviews are operated nationally, whether they are operated within the statutory guidelines and the nature and extent of children’s participation in their reviews.”

However, Ms O’Meara said there were reasons why children did not attend, or in some cases did not want to attend, their child in care reviews, and that since 2017 the situation had “definitely improved”.

“It is improving,” she said, referring to the introduction of Tusla’s National Child Care Information System (NCCIS) as one way of enhancing data collection. “I know from doing this [work] that the figures are way, way better than they have been.”

She said children may be reluctant to engage with reviews into their care as they may have the sense that “adults are only going to do what they are going to do”, but that the aim should be for full participation. “If we are looking to citizenship and participation, we would all ideally want an input into our lives,” she said.

Ms O’Meara also said the fact she undertook the research and that it was published by Tusla indicates an openness about addressing any shortcomings that may have existed.

The most recent data available shows that last November there were 5,971 children in care, its lowest level in years, 5,469 of whom were in foster care.

Tusla’s most recent Review of Adequacy report, which looks at its service, shows that at the end of 2018 child in care reviews were taking place as part of measures to progress cases and “all cases are reviewed and monitored on an ongoing basis and prioritised accordingly”.

Scooby shack: techniques and mystery on an off-grid cabin retreat in west Cornwall |...

UK News innomin - October 30, 2020
0
‘Give us a shout if you simply cannot come across the bedroom.” As I browse by way of the check-in facts in advance...

Lockdowns cost economy £2.5bn a day and were worst affront to liberty since Cromwell,...

Wales innomin - October 30, 2020
0
The COVID-19 coronavirus Lockdown rules are among “the most onerous restrictions to personal liberty” in almost four centuries - and have...

Scooby shack: techniques and mystery on an off-grid cabin retreat in...

Lockdowns cost economy £2.5bn a day and were worst affront to...