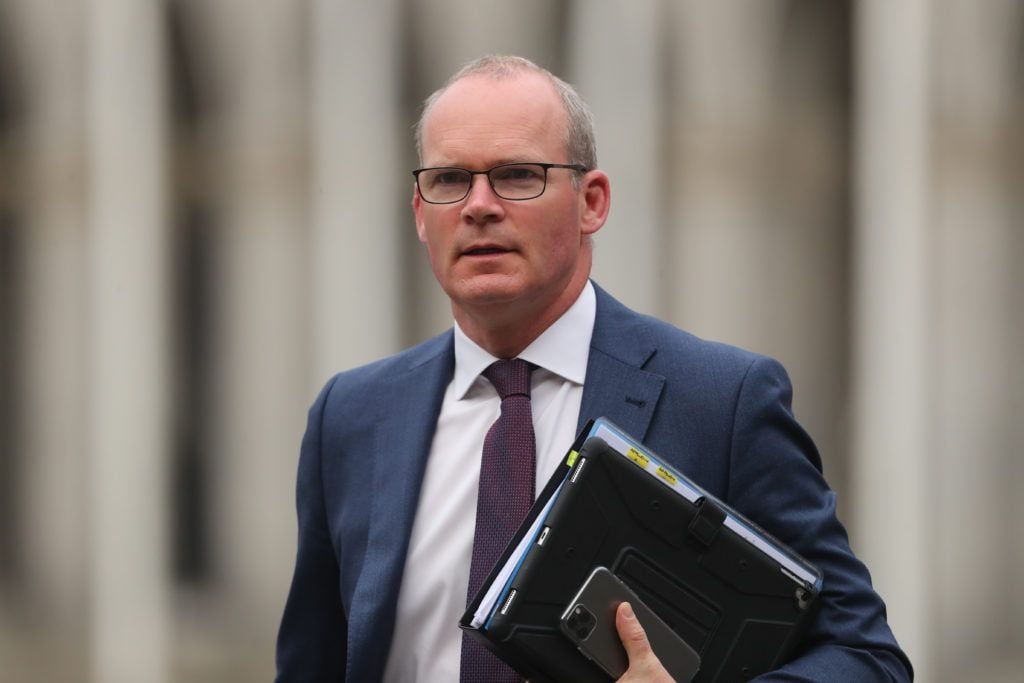 The country’s current lockdown will continue “well into February”, a meeting of the Fine Gael parliamentary party has heard.

Deputy leader Simon Coveney told the meeting on Wednesday that the Government’s current health restrictions will remain in place “for future weeks”.

The Foreign Affairs Minister also said the issue would be discussed at Cabinet next week and that the vast majority of restrictions would be maintained well into next month.

Mr Coveney’s warning comes as 61 further Covid-19 deaths and an additional 2,488 new cases of the virus were confirmed by the Department of Health on Wednesday.

There were 1,923 patients with the virus in hospital, of whom 210 were in intensive care units.

But he said that the current restrictions were working and that the rapid increase in Covid-19 in communities had stopped.

TDs, senators and MEPs also heard that if the AstraZeneca vaccine is approved by the European Medicines Agency on January 29 as expected, it will change the pace of the roll out of the vaccine in Ireland.

The Government is due to review the strict Level 5 public health restrictions that were imposed at the end of December.

Schools and non-essential retail were closed. Restaurants and cafes were forced to shut except for takeaways and travel restrictions were also imposed.

The public has been urged to stay at home except for essential work reasons and only exercise within five kilometres of their home.

The Cabinet sub committee on Covid-19 is expected to meet on Monday to finalise plans to extend the current restrictions before Cabinet ministers approve the measures at a meeting on Tuesday.

It is expected the situation will be reviewed again in February but with the number of people with the virus in hospital and ICU still reaching almost 2,000 it is not believed the Government will make the decision to reopen the economy substantially before the end of March or early April.

The hospitality sector is bracing itself that it may be longer than that before it is allowed to reopen fully.

It is not yet known when schools may reopen.

The parliamentary party meeting heard that it had been a “difficult week” and that the Department of Education was doing “everything it can” to facilitate the reopening of schools for special needs pupils.

The Government had to abandon plans on Tuesday to resume classes for children with special educational needs after unions rejected plans to open on Thursday.

Taoiseach Micheál Martin has refused calls to intervene in the row over, and has backed under-fire Education Minister Norma Foley.

Minister Foley and her junior minister Josepha Madigan were criticised by the Opposition for being critical of teachers’ unions.