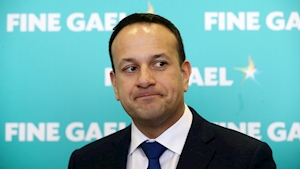 The Dáil has voted against extending a ban on rent increases and evictions to cover the next year instead of just three months.

People Before Profit sought the amendment to legislation being considered by the Dáil – arguing the economic effect of the Coronavirus will last longer than the medical impact.

The vote was defeated 25 to 23 with Fine Gael, Fianna Fáil and four Independents voting against it.

The government says the ban on increases and evictions can be extended beyond three months under the bill anyway.

Taoiseach Leo Varadkar pointed to examples of rent freezes being counter-productive as his reasoning behind his vote.

“We know rent freezes for example in places like San Francisco didn’t work.

“Landlords just sold up,” he pointed up, adding that this meant there were fewer properties available to rent.

“We know in Berlin that even the announcement of a rent freeze caused investors and developers and builders to build fewer homes and more hotels and offices instead because the return was better.

State exams may be delayed by three months

Wales innomin - April 9, 2020
0
One dad has moved the goal posts in the world of fort making after creating a incredible castle complete with moving...

UK coronavirus lockdown ‘to be extended beyond next week’ | World news

UK News innomin - April 9, 2020
0
Dominic Raab is expected to signal that stringent lockdown measures must remain in place beyond next week, in the first key government decision...

Ireland innomin - April 9, 2020
0
GPs have warned people with even mild Covid-19 symptoms should now be self-isolating.The Irish College of General Practitioners (ICGP) has this morning issued...

UK coronavirus lockdown ‘to be extended beyond next week’ | World...

GPs urge people with even mild Covid-19 symptoms to stay at...