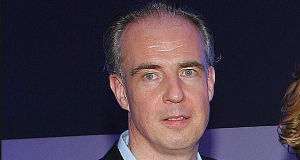 Proceedings seeking a €46m judgment against Mr Kelleher, which were expected to last four weeks, were due to open before Mr Justice Michael Twomey at the Commercial Court today.

However, Mr Justice Robert Haughton was told last Friday a settlement had been reached.

William Abrahamson BL, for Nama, said the proceedings had settled and could be adjourned generally with liberty to re-enter.

No details were given but it is understood the settlement embraces the entirety of the legal proceedings involving Nama and Mr Kelleher.

In proceedings initiated in 2014, National Assets Loan Management (NALM), a Nama company, sought judgment of €46m from Mr Kelleher over guarantees on loans of some €350m provided by Anglo Irish Bank for projects in Ireland and the US.

In opposing the NALM case, Mr Kelleher had said, given his “extensive co-operation” with the agency over years, he was assured he would not be pursued over the guarantees. He maintained the basis for enforcement was “trumped up”.

In March 2018, US lawyers representing Mr Kelleher filed a legal action against NAMA claiming damages of €975m ($1.2bn) alleging the agency destroyed the Chicago development “out of spite”.

It is understood that last Friday’s settlement addresses both the Irish and US proceedings.

A major change to your Sky TV channels is happening today

Ireland innomin - January 27, 2020
0
Both Fianna Fáil and Fine Gael say they are willing to debate with the Sinn Féin leader despite two possible new dates going...

A major change to your Sky TV channels is happening today