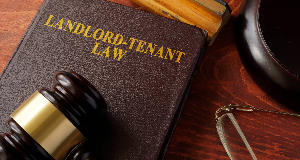 Landlord representatives have slammed proposals by the government to improve energy ratings in rented property.

One measure being considered is for landlords to compensate tenants for higher heating bills if they’re unable or unwilling to carry out the work.

Spokesperson for Residential Landlords Association Joe Doyle said more landlords will be driven out of the market.

He said: “I just feel that it’s another kicking for landlords by the establishment.

“Of course, there’s not much detail announced there and we’ll see where it goes but my biggest concern here is that its another push to make landlords exit the market which they have already been doing in fairly substantial numbers over the last number of years.”

NHS Covid tracing app does not work on older phones

Wales innomin - September 24, 2020
0
The new Covid-19 track and trace app launched by the NHS across England and Wales today does not work on older...

App will tell you your personal risk of contracting Covid-19

NHS Covid tracing app does not work on older phones

App will tell you your personal risk of contracting Covid-19