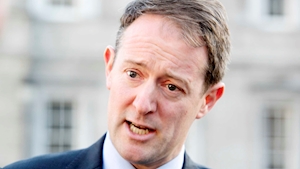 Offshore drilling and the importation of fracked gas through Cork Harbour or Shannon would be banned by the Labour Party under its proposals on climate action.

The party also has also pledged to introduce a legal commitment to net zero greenhouse gas emissions by 2050, and to retrofit 100,000 homes nationwide per year.

Further investment would also be made in the ESB, Coillte and Bord na Móna to create sustainable jobs in clean energy, recycling and land management.

“The Labour Party is committed to a Just Transition because the alternative is to abandon workers in industries that must become climate-proof,” said Sean Sherlock, Labour spokesman on climate action.

The party is working with the trade unions to ensure a move to a carbon neutral society creates sustainable jobs, he added: “We will ban offshore drilling or any further extraction of fossil fuels on Ireland’s land or waters, with no renewal of existing licences when they expire in the coming years. “

“We also propose to update legislation that will result in the banning of the importation of fracked gas like proposed for Cork Harbour and Shannon.”

“This is not rocket science and previously operated here.

Labour Party leader, Brendan Howlin, said the party has listened to scientific advice when developing its proposals, as well as the voices of young people who are demanding a sustainable future.

He said: “Climate action has to be embedded in every action of the next Government.

“We know that time is running out for our planet. The failure to act is already causing catastrophic impacts on human health, biodiversity, and our marine life.”