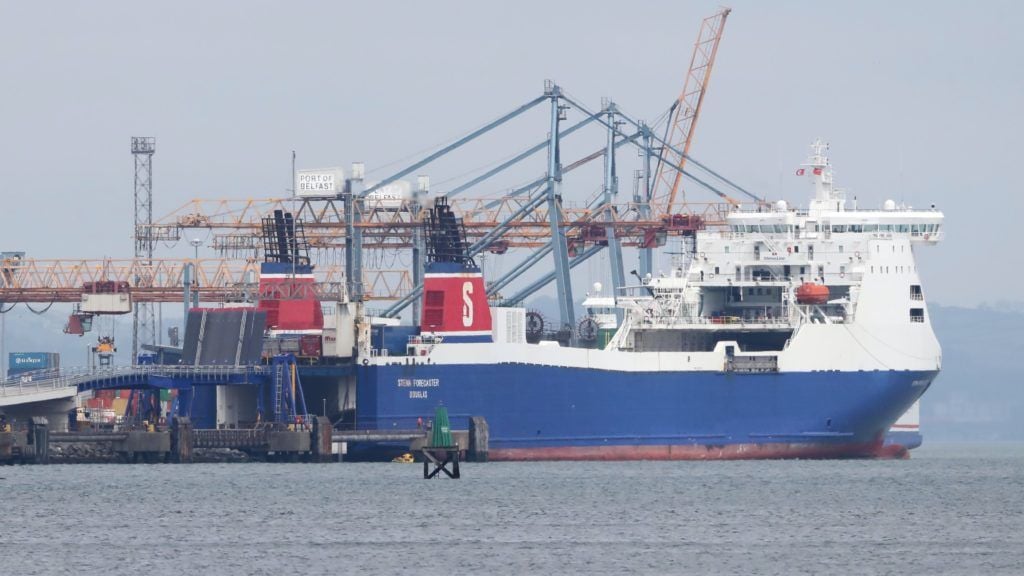 Irish Sea Brexit checks should be “operationally effective” by the New Year even though the physical facilities will not be finished, a senior Stormont official has said.

Additional checks on animal-based products entering Northern Ireland from Great Britain are required under the terms of the Brexit Withdrawal Treaty.

Officials have already warned that new buildings and infrastructure required to conduct the monitoring at ports and airports will not be ready by the end of December when the Brexit transition period ends.

Andrew McCormick, Stormont’s lead official on EU exit, said there remained “confidence” that the SPS check (sanitary and phytosanitary) could still be conducted, even if the physical structures were not in place.

Giving evidence to the Executive Office committee at Stormont, Mr McCormick said London and Brussels were watching the development of the facilities “very, very closely”.

“This all matters immensely,” he said.

“And I think very hard work is being undertaken by colleagues in the DAERA (Department of Agriculture, Environment and Rural Affairs) and the sooner these things are established the better in terms of just giving assurance and confidence to all concerned, not least the business community so they know where they stand and what they have to do.

“I think the fact of the matter is that there will be still some work to be done post-New Year, but the key thing is to ensure that we have something which is operationally effective.

“So what matters most is having the staff and systems to facilitate that work.

“And if buildings aren’t fully complete then that doesn’t stand in the way of there being effective checks.

“That’s really good work being done very rapidly and the time pressure is immense but it’s progressing and there is confidence that a result can be delivered.”

That will require additional regulatory checks for animal-based food products entering the region from Great Britain.

UK and EU negotiators are still trying to hammer out the details of how the protocol will operate amid efforts to minimise the checks required.

Ireland innomin - November 27, 2020
0
The HSE’s executive director has acknowledged there may be a spike in Covid-19 cases after Christmas, but added a lockdown was not inevitable. A...

Wales innomin - November 27, 2020
0
Some Center Parcs resorts in England will re-open next week despite the tough new regional tier restrictions imposed by the government....

Center Parcs to reopen four sites next week – despite latest...