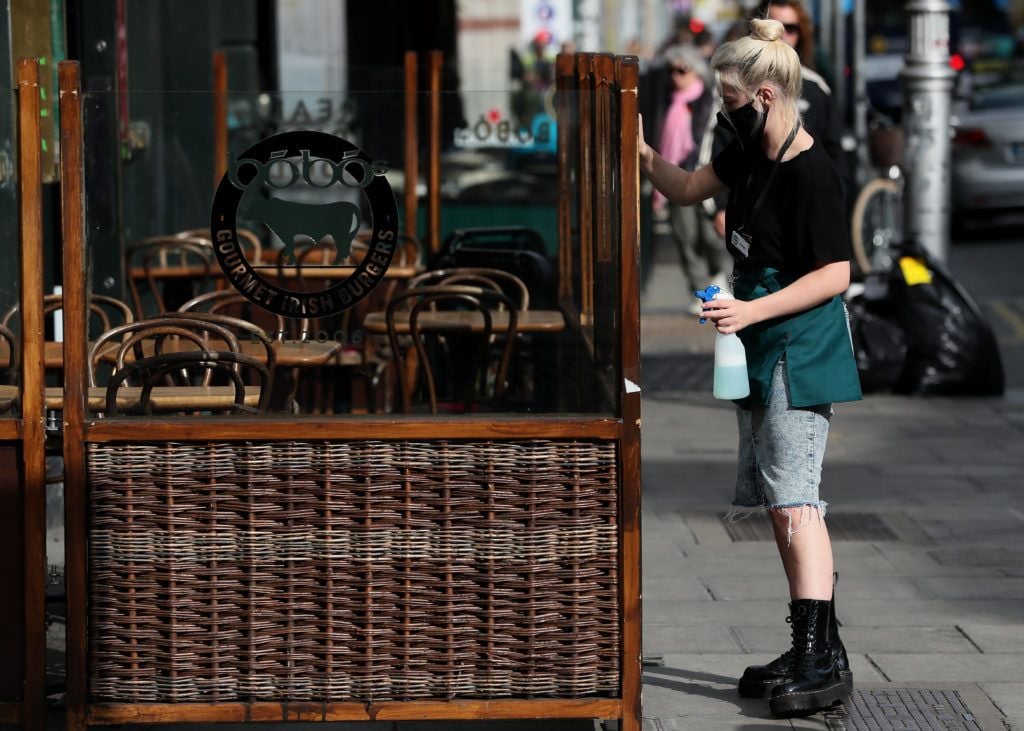 Spectators at sports events and the return of indoor dining in July are under consideration, as part of the Government’s plan to ease Covid-19 restrictions.

The Irish Times reports that the plans were outlined by the Taoiseach and Tánaiste at their parliamentary party meetings last night.

Micheál Martin told Fianna Fáil TDs and Senators of plans to trial spectators at outdoor sports events in July, although he did not specify crowd sizes.

Mr Martin also said that Ireland would be part of EU travel plans, with the intention to restore connectivity as soon as it is safe to do so.

Meanwhile, Leo Varadkar told the Fine Gael parliamentary party that indoor dining could be permitted with groups of up to six people to a table in the same month.

The Government previously set out its plan to reopen sectors of society and the economy in two main phases over the course of May and June, saying at the time that higher-risk activities such as indoor hospitality would be considered at the end of June.

It comes as the Government is also set to discuss the future of key pandemic business and wage supports.

The Cabinet subcommittee on economic recovery, chaired by the Tánaiste, will meet today to discuss the future of the multibillion-euro subsidies due to expire this summer.

Government members have previously emphasised that there will be no “cliff edge” to these supports.

The National Economic Recovery Plan will also be on the agenda. Additional supports for severely impacted business sectors will also be considered as part of the early discussions.