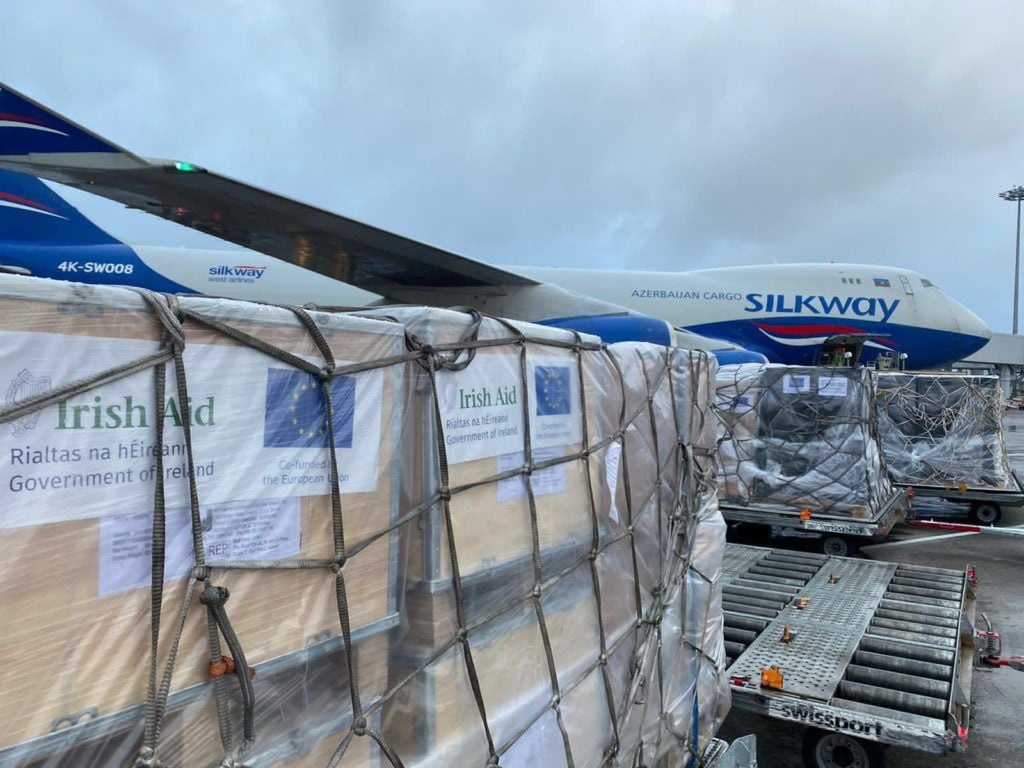 Hundreds of ventilators, oxygen concentrators and two oxygen generators have arrived in India from Ireland.

Covid-19 infections and deaths are mounting with alarming speed in India, which has seen people die due to bottled oxygen shortages or no access to overwhelmed hospitals.

On Tuesday, Ireland’s second shipment of donated medical equipment was welcomed by the Ambassador of Ireland to India, Brendan Ward, at Delhi Airport.

Arindam Bagchi, spokesperson for India’s Ministry of External Affairs, said he was “deeply grateful” for the support that will “help add to our oxygen capacities.”

Minister for Health Stephen Donnelly tweeted that the two oxygen generators will each be able to supply a small hospital.

“A second flight of life-saving supplies from Ireland has arrived in India. Two oxygen generators (each enough to supply small hospitals) plus hundreds of ventilators, mask ventilators and oxygen concentrators,” he said.

A second flight of life-saving supplies from Ireland has arrived in India. Two oxygen generators (each enough to supply small hospitals) plus hundreds of ventilators, mask ventilators and oxygen concentrators. pic.twitter.com/EkbsvpgHDo

On Monday evening, chief executive of the HSE Paul Reid described the Covid situation in India as “truly heartbreaking” and a “shocking reminder” of the impacts of the virus.

Staggering as those numbers are, the true figures are believed to be far higher, the undercount an apparent reflection of the troubles in the health care system.

What’s happening in India with #COVID19 is truly heartbreaking. Today we continue to send life saving supplies from the HSE. Oxygen generators & ventillators being dispatched that will arrive this week. A shocking reminder of the impacts of this virus @HSELive @Irish_Aid pic.twitter.com/CfnOSBxeg5

Infections have surged in India since February in a disastrous turn blamed on more contagious variants of the virus as well as government decisions to allow massive crowds to gather for Hindu religious festivals and political rallies before state elections.