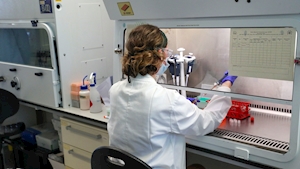 Luxembourg has the highest 14-day incidence rate of Covid-19 in Europe according to data from the European Centre for Disease Control and Prevention (ECDC).

The information shows that the small landlocked country which borders Germany and France has a rate of 137 cases per 100,000 people.

Ireland’s rate had been steadily increasing since the end of June, but the latest two-week analysis shows the largest jump by far.

Ireland has now surpasses the incidence rate of the UK, which currently has a rate of 16.5 cases per 100,000.

The rate per 100,000 is considered a key indicator for how the virus is spreading in a country, with acting Chief Medical Officer Dr Ronan Glynn citing it as one of the determinants used to decide to place Kildare, Laois and Offaly back into lockdown.

The green list was first published at the end of July, allowing travellers arriving into 15 countries entry into Ireland without the need to quarantine for two weeks.

As the 14-day incidence rate increased in a number of European countries, the Government decided to remove five countries from the original list, making no additions.

An update of the list is expected every two weeks, with a ‘red list’ of countries which should not be visited also being considered.