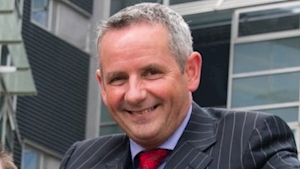 The head of the HSE has said the agency has too many managers and layoffs will begin in the New Year.

Paul Reid told the Sunday Business Post that central administration in the health service is “out of kilter” with the needs of the front lines.

Mr Reid announced that he is cutting the HSE’s senior management team back from 23 to just a nine-person executive from today.

According to the paper, a “systematic cull of HSE managers and administrators will begin in the first half of 2020”.

The paper reports that Mr Reid “said that he believed the HSE had too many managers, and that he would initiate a ‘targeted and strategic’ redundancy scheme.

“There may be a possibility of redeploying some staff.”

Mr Reid admitted that the Executive is “not strong at some of the basics of managing people and managing finance”.

He indicated a second round of layoffs might follow in the second half of the year when a restructuring plan is due to be presented to the government.

He also said the health service will have to offer more money to get the best people for management jobs.

Last month the INMO claimed that patients were “paying the price for the HSE’s ‘go slow’ recruitment freeze, which leaves many posts unfilled.”

Reacting to figures that showed last month was the worst-ever October for overcrowding, General Secretary Phil Ní Sheaghdha said: “I have written to the HSE to warn that their recruitment pause is putting lives at risk.

“We need to be encouraging more nurses and midwives into our system. Instead, we are making an already bureaucratic recruitment process even more difficult.

“In many cases, we’re slamming the door on those who want to work in our public health system.”

Last Tuesday saw 679 patients waiting on trolleys in Irish hospitals, the highest figure of the year so far.

Weather modify: what is the UK’s NDC and why is it critical? | Environment

UK News innomin - December 3, 2020
0
What is the UK’s NDC and why is it critical? Each nation signing up to the Paris arrangement established out a focus on, regarded...

Weather modify: what is the UK’s NDC and why is it...