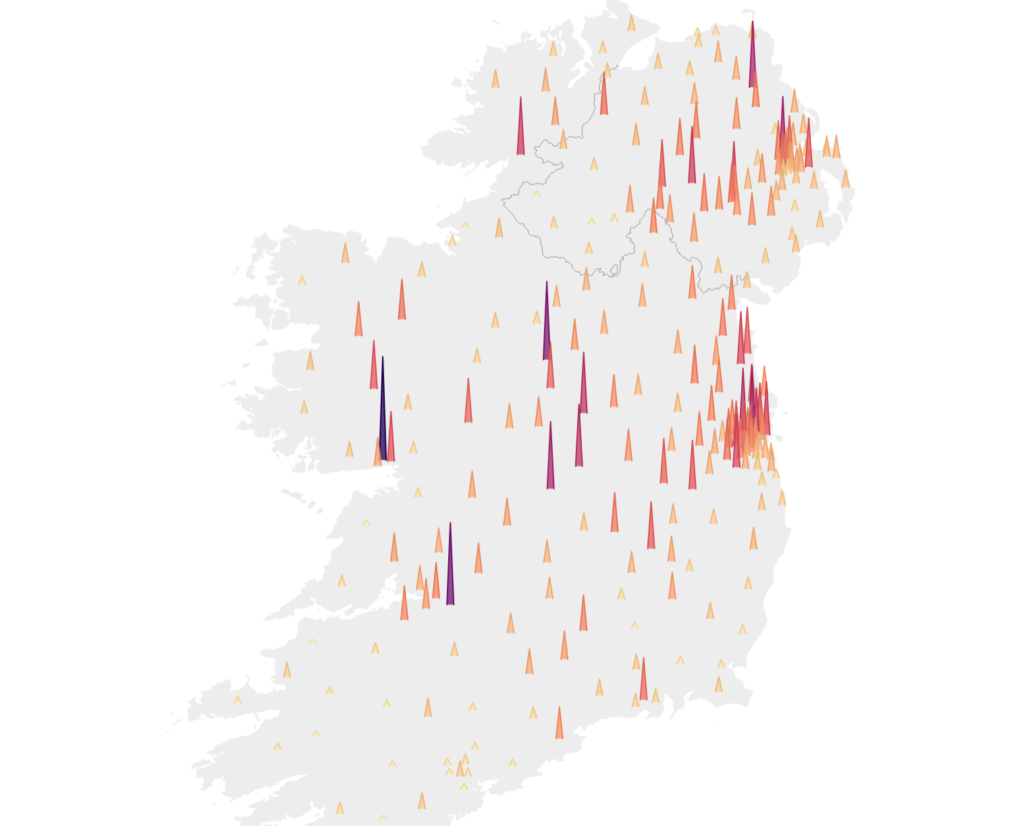 Galway City Central recorded 768 cases per 100,000 during February 16th to March 1st, more than three times the national average of 201. This has dropped from last week when the area had a rate of 1,292.

Limerick City East has an infection rate of 608, up from 546 last week. The area made headlines on Wednesday after a large student street party took place in Castletroy.

Many of the cases in Galway are thought to be linked to outbreaks among third-level students.

The latest Covid-19 data from local electoral areas in the Republic and postcode areas in the North show how the disease is spreading in different communities.

Both sets of statistics use the incidence rate of infection per 100,000 population, giving a better understanding of an outbreak than straight case numbers.

The next worst-affected area on the island was Longford town, with an infection rate of 580, up from 380 last week.

In Northern Ireland, the postcode covering the Shankill Road in Belfast saw the highest rate of new infections – 121 people tested positive for the disease over the two-week period from February 15th to 28th.

In the North, the BT77 postcode in Co Tyrone and BT3 area of Belfast recorded no new cases during the 14-day period.

Meanwhile, the head of the HSE said the Republic’s incidence of Covid-19 is continuing to improve, but “at a slower rate”.

Paul Reid said positive signs of the impact of vaccinations for older people were beginning to emerge.

“Of the new cases notified over the past two weeks, 478 cases had the most likely transmission source of a healthcare setting,” he said.

Mr Reid said hospital admissions were reducing, not at the pace he would like, but a continued trend downwards was being recorded.

The chief executive acknowledged the issues in the rollout of the vaccines in the past week, and said there would continue to be “interrupted supply lines” in the coming weeks.

“We’ve been advised by AstraZeneca on changes to their committed supply lines to us over a three-week period ie last week, this week and next week,” he said.