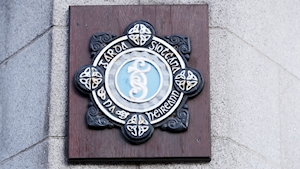 A new bill aims to allow Gardai to issue fines of €1,000 to people who refuse to leave a party, while organisers could face a penalty of the same amount for a first offence.

If someone is caught throwing a party a third time, they could be fined €2,500 fine or face six months in prison.

Jim Mulligan, President of the Garda Representative Association, says they’ll only be handed out as a last resort.

Mr Mulligan said: “Obviously there has been reckless behaviour, obviously the Government has looked at this and reviewed the situation before coming up with this legislation.”

He added: “It’s been few and far between thankfully [gardaí having to enforce measures] and hopefully it will continue like that our members would prefer to be advising people and people heeding that advice, and that the use of these measures is a very last resort.”

Ireland innomin - November 27, 2020
0
A Cork school forced to close following an outbreak of Covid-19 was unaware of a case of the virus detected within the school...

School closed due to Covid-19 outbreak unaware of confirmed case for...