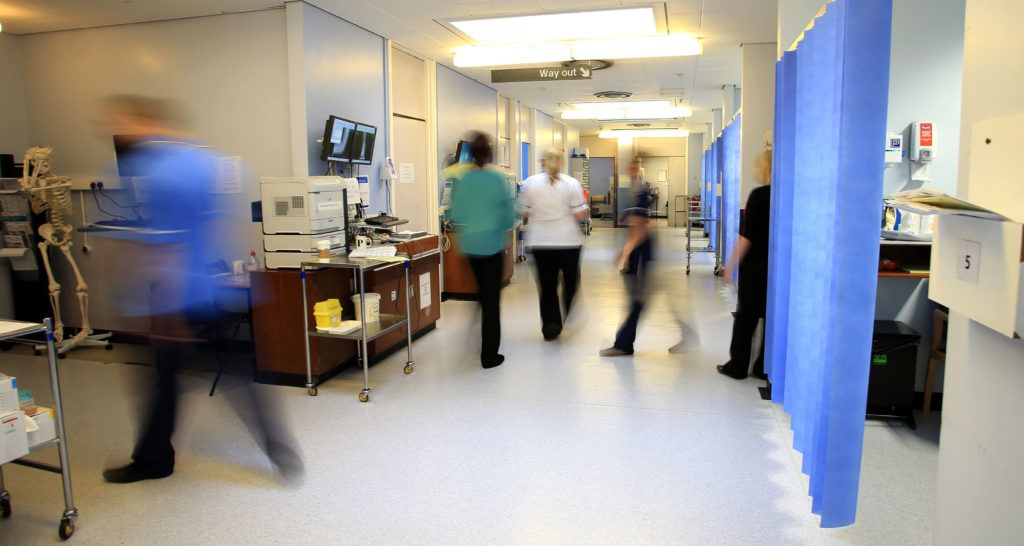 There were nearly 8,700 assaults on health staff in 2020, according to new freedom of information figures.

Nearly half of the victims were nurses, at over 48 per cent. In total, there were 4,166 assaults against nursing staff last year.

Deputy general secretary of the Irish Nurses and Midwives Organisation (INMO), David Hughes, said the assaults are an ongoing and serious problem.

“There are nurses who lose time because of assaults, who have to go and get their injuries looked after,” he said.

I think even a gun was pulled at one stage

“Knives have been used in some cases, I think even a gun was pulled at one stage in an area where nurses and other care staff were, so they can be very violent [and] a lot of it is physical, but the verbal abuse is quite high as well.

“We are very concerned, but it’s not a new concern because unfortunately aggression and violence against nurses is a national and an international problem in recent years in the health service.”

The largest number of assaults took place in the Donegal/Sligo/Leitrim/Cavan/Monaghan area, with 1,028 reports last year.

The HSE said that ensuring the safety of employees and service-users was a priority, and training on managing violence and aggression is provided.