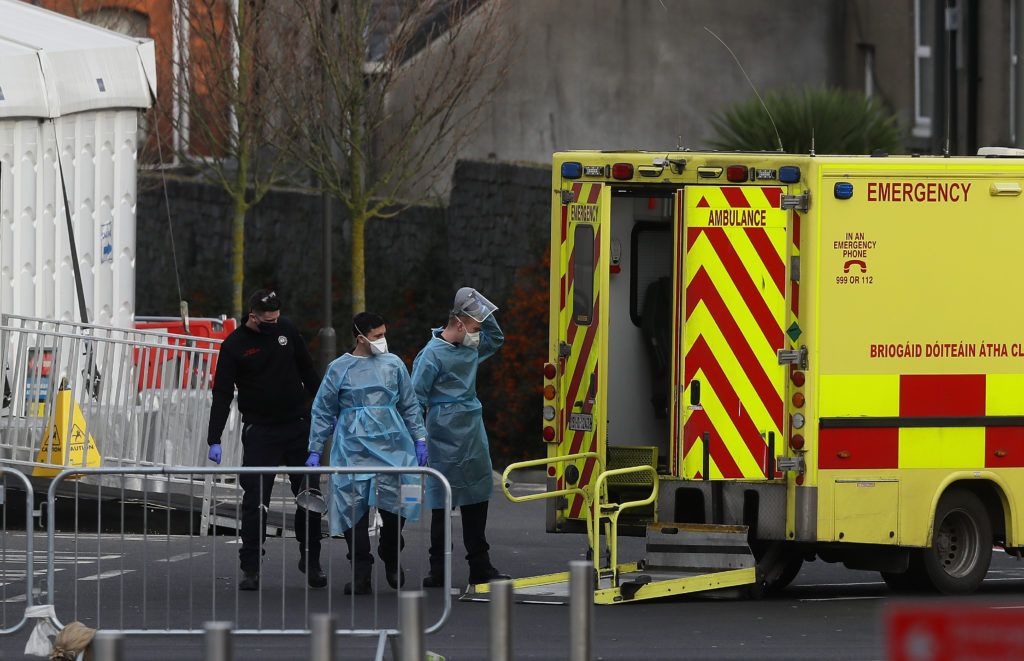 Ireland’s health service is potentially facing the most challenging week in its history, a minister for state has said.

Joe O’Brien’s stark prediction came as health minister Stephen Donnelly warned that the situation in hospitals would get worse before it got better, with “very serious pressure” expected in the coming weeks.

The number of Covid-19 patients requiring intensive care treatment has risen sharply since the end of December.

On Sunday morning, 1,923 coronavirus patients were being treated in Ireland’s hospitals, 195 of whom were in intensive care units.

Mr O’Brien, minister of state for community development, said ICU capacity had been increased in preparation for the surge.

“It’s going to be a very difficult week ahead I suspect, possibly the most challenging week for the health service almost in its history.”

“Most importantly, we have the staff,” he told RTÉ’s This Week programme.

“There has been a lot of work done since the first wave.

“PPE is fine. The number of ventilators – if you remember back in March that was a serious concern, oxygen is fine, a lot of work has been done.

“Nonetheless, the system is and will continue to be under very serious pressure for the next few weeks.”

His comments come a day after it was announced that hundreds of student nursing and midwifery placements have been suspended to free up staff to support the coronavirus response.

“By staying at home, you are protecting our health and social care services as they struggle against the enormous burden of infection that many weeks with thousands of daily cases of #COVID19 represents.” @CMOIreland

The move will allow those qualified nurses and midwives who supervise and teach the students during the placements to focus on the battle against the virus.

On Saturday, Ireland’s chief medical officer expressed concern that failures to fully comply with coronavirus rules and guidance was frustrating efforts to bring down infection rates.

Dr Tony Holohan said reductions in infections were not happening fast enough, with the virus having taken hold in every part of Ireland.

“This virus has taken root in every single part of the country,” Dr Holohan said.

“A significant percentage of the population – in excess of one in 10 in some counties – is currently either a case or a close contact. This is a huge burden of infection.

“When you consider that a significant percentage of our daily cases will directly lead to hospitalisation and mortality, the urgency with which we need to act becomes clear.”

Virologist Dr Cillian De Gascun, who is director of the National Virus Reference Laboratory, has highlighted the threat posed by the new variant first detected in the UK.

He said it was inevitable that it would become the dominant variant in Ireland.

“Due to the nature of the mutation found in the UK variant of the virus, it is inevitable that it will become the dominant variant here in Ireland over time,” he said.

“The UK variant has adapted to us: simply put, it is better at moving from person to person when we come into contact.

“So what we must do is reduce its opportunities to spread by cutting out socialising.”

Pressure is mounting in hospitals as efforts to roll out the vaccine in Ireland continue.

Over the weekend, around 1,900 GPs, practice nurses and other healthcare staff received Moderna jabs at mass vaccination centres in Dublin, Galway and Portlaoise.