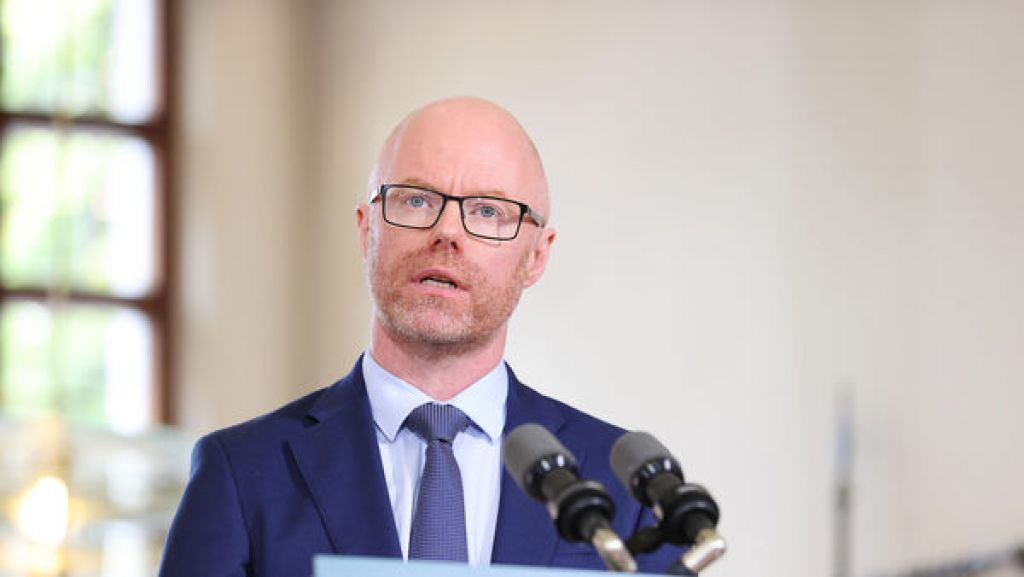 Vaccines could be made available to Irish residents early in the New Year, the Minister for Health Stephen Donnelly said on Sunday.

As the Irish Times reports, ahead of a meeting of the State’s vaccination taskforce on Monday, Mr Donnelly said in terms of rollout, “I’d say December is unlikely to be honest with you, but quite soon,” adding that the quicker rollout of vaccines compared to earlier projections was “very heartwarming”.

Asked when the first vaccines could be administered, if they received regulatory approval, Mr Donnelly said the BioNtech-Pfizer and AstraZeneca vaccines which Ireland has signed up to advance purchase agreements for are looking for market authorisation in “the coming weeks”.

The Minister said there has been no conversation at a Government level about making the vaccine mandatory. “My strong preference is that it would be voluntary.”

He said while there is an anti-vaccination movement which has pushed misinformation “I think the vast majority of people see that for what it is, and I think people are well disposed to taking the vaccine when it comes out,” he told Newstalk’s On The Record show with Gavan Reilly.

Mr Donnelly also confirmed that the State had indemnified drug companies against any liabilities arising from complications with the vaccine.

The new high level Government committee to handle the roll out of Covid-19 vaccines will be chaired by Professor Brian MacCraith of DCU. A vaccine strategy is due to be completed by December 11th.

The State will receive about 1 per cent of the vaccines made available through the EU collective purchase scheme. The EU will buy approximately 300 million units of vaccine.

The group will also include a logistics cold chain expert and project management expert.

The EU has agreed to buy up to 300 million doses of the groundbreaking coronavirus vaccine developed by BioNTech and Pfizer. Pfizer said deliveries were expected to begin by the end of the year, subject to the vaccine receiving regulatory approval from the European Medicines Agency.

Meanwhile, Minister for Higher Education Simon Harris called for cross-party co-operation to support vaccination. “This is not a party political point. Good people in all parties & we will all need to work together to get the message out. We have done it before on major issues.”

We will need bipartisan efforts to support vaccination when one or more are approved for #Covid19 by authorities. This is not a party political point. Good people in all parties & we will all need to work together to get the message out. We have done it before on major issues https://t.co/2AEAS40nnw