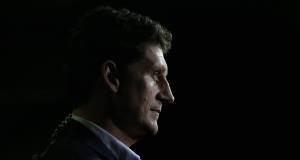 The Greens have again called for government formation talks to be suspended so a cross-party unified approach is mounted to fight the coronavirus.

Leader, Eamon Ryan, made the statement after his party met to debate the issues and despite calls from other major parties for government talks to go ahead and possibly speed up.

Fianna Fáil and Fine Gael negotiators are to meet tomorrow over coalition formation, but the Greens now look set to boycott any talks, insisting that they should be suspended.

In a statement following a meeting with party TDs, Mr Ryan said: “Right now, the country is in the midst of an acute crisis. The kind not seen before. Around the county, communities are standing up together to protect the vulnerable and make sure everyone has what they need. We need this cooperation amongst our leaders too. We must work together in an unprecedented way to tackle this unprecedented crisis. That is why we are calling for a cross-party unified approach to government to deal with the crisis.”

He indicated that tackling the Coronavirus demands “an all of government approach” and that stopping the spread of the virus could take many months and likely more than a year.

Mr Ryan added: “Other countries have taken this step and we believe that a crisis of this magnitude demands it. We are again calling on parties to suspend talks on forming a majority government and come together around a crisis National Unity Government. This would bring together all parties and independents to form a cabinet split proportionately and could be done in a way to minimise the disruption for departments dealing directly with the crisis.”

However, other leaders believe a government with a majority is needed to fight the virus.

Fianna Fáil leader, Micheál Martin, confirmed that his party and Fine Gael will negotiate on Wednesday despite the virus emergency. He has already said a government can be formed without the Greens.

“There will be enormous economic consequences arising out of this virus. Significant economic, and social decisions will have to be taken in the coming months. And I think this is a longer haul than people might have thought,” he told Newstalk.

There is also the chance of an emergency budget ahead, he explained, and there will be issues around the airline industry, public transport and the economic fall-out from the killer virus, all of which will require big decisions.

Fianna Fáil TDs are pushing for a parliamentary party meeting about the government talks, with several telling the Irish Examiner they are uncomfortable to continue with talks amid the emergency.

Sinn Féin leader, Mary Lou McDonald, called for government formation talks to continue and for party leaders to deepen their cooperation on battling the virus: “We also need to form a stable and an enduring government and a government that is true to the mandate for change that the people delivered.”

TD Denis Naughten said eight members of the regional Independent group are willing to support a stable government, as long as two of the three big parties work together.

The next government will have difficult decisions to make taking on the virus, he said.