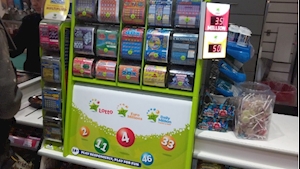 Tánaiste Simon Coveney has said the government is not opposed to the idea of an investigation into why lottery scratch cards were missing €180,000 in prizes.

Mr Coveney told the Dáil that it was “not acceptable” that human error was to blame for the four prizes being left out of the scratch card games.

Quizzed by Sinn Féin TD Pearse Doherty, Mr Coveney said the coalition was not against his suggestion that an independent investigation be carried out.

He insisted that the “integrity of the system” was hugely important, especially as the lottery funded bodies and organisations.

Mr Coveney said the government needed a “fuller understanding” of what had gone wrong and this was also necessary so that the public had confidence in the lottery games and prizes.

The Tánaiste said that the national lottery regulator should appear and answer questions from members of an Oireachtas Committee.

But the Opposition argue that there are serious concerns around why the regulator did not pick up on the missing prizes at an earlier stage.

Earlier, Fianna Fáil’s Michael McGrath sounded a note of concern around the operators of the lottery, Premier Lotteries Ireland (PLI), and the regulator, telling RTÉ: “Without the trust of the general public, the success of the national lottery is far from guaranteed.

“The fact that these prizes were not on offer for the past five years raises very serious questions for the National Lottery.

“Given that PLI says it learned of this issue six weeks ago, it is incredible they allowed these scratch cards to continue in circulation with the information they had.

“It would appear that the regulator did not make this discovery and they too have questions to answer to. The regulator needs to investigate how this issue did not surface until six weeks ago.”