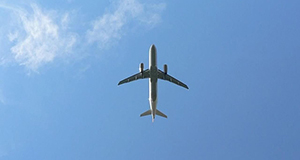 Government members are “dragging their heels” over the implementation of airport testing for Covid-19 as the practice is “ready to go” at Dublin and Cork airports, a Labour TD has said.

The introduction of airport testing has been mentioned since the summer months, with Minister for Health Stephen Donnelly announcing the planned implementation of “randomised” testing in August.

Earlier this month, the CEO of daa – which operates Dublin and Cork airports – told the Oireachtas Transport Committee that the airports had the capability to deliver pre-departure testing by mid-October.

However, a testing regime has yet to be introduced while Ireland’s “green list” system exempting certain travellers from a 14-day quarantine has been scrapped in favour of a EU-wide traffic light system.

A spokesperson for the daa confirmed to BreakingNews.ie that the operator had been in talks with multiple third party providers and had the capability to outsource the testing.

“Daa CEO Dalton Philips confirmed to me that the daa have the teams and capacity in place to implement testing and are ready to go ahead with the practice,” Labour Transport spokesperson TD Duncan Smith said.

“For months I’ve had one simple ask of the Government which is to provide airport testing for arrivals and departures. The Labour Party has been requesting this for months now and I cannot understand why Ministers are still dragging their feet.”

“This is putting thousands of jobs at risk and doing nothing to restore public confidence in international travel. The State is due to start rapid antigen testing like Labour has been calling for, and I would urge the government to roll this out quickly at our airports,” Mr Smith said.

Mr Smith said that he had been raising the issue with ministers, the National Public Health Emergency Team and representatives of the aviation sector for four months but “there appears to be no plans for airport testing despite months of talk.”

“This is a vital measure that needs to be implemented as soon as possible and the government shows no sign of implementing it. Airport testing is happening all over Europe right now,” he added.

Earlier this month, Minister for European Affairs Thomas Byrne said Ireland’s signing up to the EU’s traffic light travel system to allow more unrestricted travel between EU countries was “moot” while Level 3 restrictions were in place.

The traffic light system aims to end a confusing patchwork of restrictions across Europe and to bring back free movement of people, one of the key principles of the EU.

Under the plan, regions across the European Union will be designated green, orange or red, based on the degree to which the virus is circulating in the region.

With Covid-19 cases spiking across Europe, few areas would currently qualify as green.

Wales innomin - October 22, 2020
0
The Chancellor is set to announce a new support package for businesses affected by Tier 2 restrictions, according to reports. Rishi...

Wales innomin - October 22, 2020
0
Ireland has entered a second lockdown in a bid to halt the spread of Covid-19. The entire country moved to the...