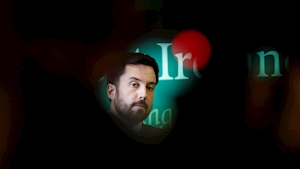 The Government has survived a motion of no confidence in Housing Minister Eoghan Murphy.

Tabling her party’s confidence motion against the minister tonight in the Dáil, she outlined how high rents, unaffordable homes and homelessness were at an all-time high.

She said her party had tabled hundreds of questions around housing and tabled legislation in the Dáil to limit rents.

“Facts get in the way of spin,” she told critical Fine Gael TDs during the debate.

The minister’s “business as usual approach” had sought to “normalise” child homelessess, she added. And an “entire generation had been locked out” of being able to afford mortgages, she said.

“The narrative has to change and affordability has to be central to this,” said the TD.

Minister Murphy, surrounded by party deputies, delivered a robust defence of his policies. He said just 400 social housing units were built in 2014 and that by next year the number would be more than any time in the last two decades.

Under Rebuilding Ireland, some 64,000 new places to live had been delivered, he told the Dáil.

Taoiseach Leo Varadkar said the economic crash – and no individual party – was to blame for the housing shortage. There was a shortage of some 200,000 units, he said, adding: “The house crisis in Ireland was a long time in the making.”

While admitting that the numbers of homeless were “shameful” and “terrible”, Mr Varadkar also claimed that incomes were now rising faster than house prices.

The Government is expected to defeat the confidence motion tonight with the help of Independents.

Fianna Fáil are abstaining from the vote, as agreed under the Confidence and Supply Agreement.

Earlier, a government spokesman said that if the vote were lost, that this would trigger an election.

“It is almost a proxy vote for the Government and the Taoiseach,” the spokesman said.

The Dáil debate comes after new record homelessness figures triggered fresh demands for action. A total of 10,514 men, women and children were in emergency accommodation in October, according to the figures from the Department of Housing.

This is an increase of 117 people since September and is the tenth consecutive month where the figures have exceeded 10,000.

Mr Murphy’s department attempted to play down the worsening crisis, saying there was a decrease of 23 families and 47 children. It also said the increase in adult numbers was expected after the recent addition of extra emergency beds. But charities responded swiftly.

The charity said also said the figures do not include rough sleepers, those in squats, people in direct provision and women’s shelters, and the “hidden homeless” who have no home.

“We know homelessness affects anyone in society. For many people they possess the individual and family supports needed to manage this stressful situation,” said CEO Suzanne Connolly.

Focus Ireland noted the homelessness figures had shot up by 55% since the last general election.

Tech reporter Julia Carrie Wong on getting the goal of a despise campaign |...

UK News innomin - July 13, 2020
0
A Beijing regulation professor who has been an outspoken critic of China’s president, Xi Jinping, and the ruling Communist occasion was produced on...

Tech reporter Julia Carrie Wong on getting the goal of a...