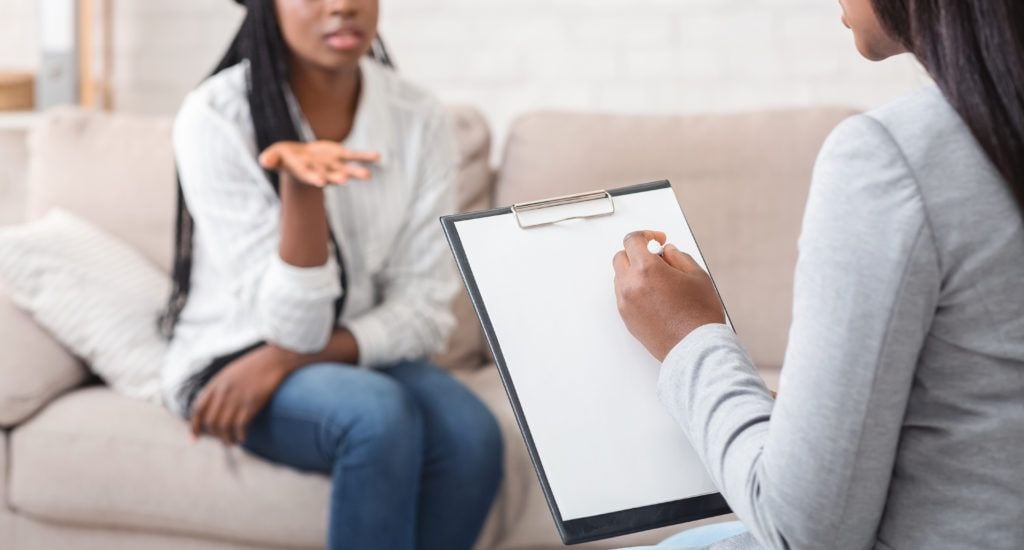 The Government is failing to address mental health issues within minority communities, according to a leading Irish psychotherapist.

Ejiro Ogbevoen who has 10 years experience in the field of psychotherapy, founded Black Therapists Ireland in 2020 as a way for people in the black community to access support with therapists from similar backgrounds.

She thinks the Government is not doing enough to deal with the issue.

She said: “More could be done by Government to bring the information to people in the community in a strategic way.”

It can’t just be a one-size fits all approach. They need to go the communities and meet them halfway.

Representation is also a big issue and Ogbevoen said if there is no one in Government or advisory groups representing the community, their issues will be ignored.

As she said people in minority communities can often face racism or discrimination based on stereotypes. Photo: Abobe Stock

For Toluwani Akaehomen, who is a leadership, learning and inclusion consultant, both the Government and local communities can play a greater role in helping promote integration.

“Changes can often start from a grassroots level. While the government can create policies or campaigns, real change happens at a smaller level.”

According to Akaehomen, people in minority communities can often face racism or discrimination based on outdated stereotypes.

“When you talk to people in your community from different backgrounds there is the opportunity to ask questions and understand where they are coming from.” she said.

It goes both ways. “It is about people from African descent understanding where white Irish people are coming from.”

Akaehomen says there is still a stigma around mental health in the community, but they need support from Government.

“We need to change the idea around that, so it is not seen as a big deal. Just like If you had a physical illness, and you need to get help for it,” she added.

A spokesperson for the Minister for Mental health, Mary Butler, said: “A range of resources have been developed by the HSE to support services users, staff, health service managers, clinicians, researchers and others to implement ethnic equality monitoring in health services.”

‘Those closest to you are the ones you can’t talk…

“This includes an online training programme called First steps in ethnic equality monitoring, public information posters and leaflets, and a guide for staff to aid service users to self-identify their ethnic group, religion and country of birth.”

The guide to support the implementation of ethnic equality monitoring is currently in development, the spokesperson said.