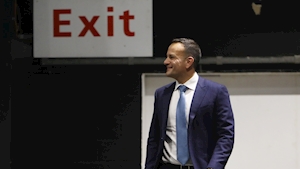 The prospect of a general election early in the new year looks increasingly unlikely following agreement between the two main parties that a vote should be delayed at least until April.

According to reports, Taoiseach Leo Varadkar last night wrote to Fianna Fáil leader Micheál Martin indicating that, in theory, he was open to extending the confidence and supply agreement to allow for a period of government in 2020 until after Easter. Nonetheless, this will depend on other Independent votes in the Dáil.

It is believed Mr Varadkar said the coalition government would not wind down early.

Both leaders are expected to meet early in January to discuss the matter.

Meanwhile, Tánaiste Simon Coveney says a general election must be delayed until May due to talks over the North and Brexit, but that Fine Gael will win with its record in government.

In an interview with the Irish Examiner, Mr Coveney said he believes progress will be made on the North’s talks to restore power-sharing and that a breakthrough may come ahead of the January 13 deadline.

Mr Coveney said it is a “judgment call” for Taoiseach Leo Varadkar, who wants to hold the general election in May, adding: “There is a lot on at the moment. To be jumping ahead to an election seems to me to be premature. We have to get a deal in Northern Ireland in the next few weeks otherwise the assembly elections are triggered. I think we are close.”

The other priority, he said, is concluding the Brexit withdrawal agreement by the end of January and the opening of trade talks between the EU and UK in February.

“For me, the constant discussion around a general election, around when it is going to happen, is really a conversation which is happening within the political bubble,” he said.

Nonetheless, Mr Coveney believes Fine Gael is well placed to come out on top when an election is called due to the record low rate of unemployment and the restoration of the economy under the party. However, the timing of the election is down to Mr Varadkar.

“I’ve had a few conversations with the Taoiseach about the general election,” he said. “I trust his judgment on this. He has been saying that [having an election in May] for nearly two years, so it will be a call for the Taoiseach as to whether circumstances change.”

Fianna Fáil leader Micheál Martin has written to Mr Varadkar asking that the confidence and supply agreement between the parties be formally extended until at least April. This may help prevent any snap election but such a deal by no means rules out other opposition TDs forcing one by collapsing the Coalition through a Dáil vote of confidence against the Government.

Mr Coveney insisted Fine Gael is moving the country in the right direction.

“The country is in good shape,” he said. “We have a number of issues which are linked to under-expenditure during a deep recession, caused by Fianna Fáil policies. Those legacy issues are still being resolved in both housing and healthcare.

“There has been no focus at all on the opposition parties and how they would solve these problems. I think when that progress comes with a general election, we will see Fianna Fáil as the emperor with no clothes.”