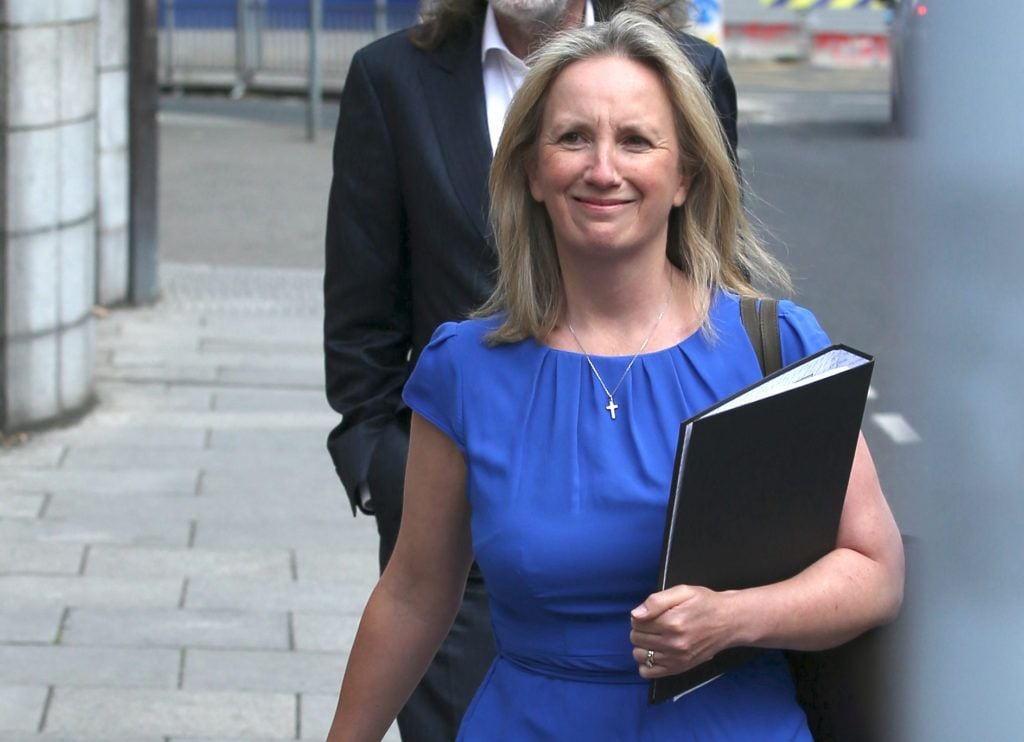 Gemma O’Doherty has opposed what she says is a “spurious and outrageous” application by Dublin’s Beaumont Hospital for an injunction requiring her to remove several allegedly defamatory videos posted on the internet.

Seeking the High Court injunction, both the hospital and its Director of Nursing, Ms Marie Murray claim the videos contain allegations that staff are being “forced” to take what Ms O’Doherty claims are “experimental Covid 19 injections”.

It is also claimed that in the videos Ms O’Doherty describes the hospital as “a death camp” and makes other claims that are untrue and clearly defamatory.

They are seeking injunctions, under the Defamation Act 2009, in the context of defamation proceedings, to have the videos removed and to prevent any re-publication of them.

They contend Ms O’Doherty has no defence with any reasonable prospect of success, and that the injunctions should remain in place pending the outcome of the full hearing of the dispute.

At the High Court on Friday, Ms O’Doherty said she would “not be silenced” over what she told Mr Justice Senan Allen was one of the biggest scandals in the history of the State.

She said that she stands over what she said in the videos, which she claimed is the truth.

Following the conclusion of submissions from both sides in the action, Mr Justice Allen said he was reserving his decision, and would deliver judgment as soon as possible.

In her submissions to the court, Ms O’Doherty said the hospital’s action against her was “spurious” and “outrageous”, “a waste of public money” and that she “should not be here” as she was busy working on stories for a new newspaper.

People at the hospital, she said, were being forced to take an experimental vaccine, which she claimed had killed 14,000 people in Europe.

She alleged the vaccines for Covid-19 are unsafe and that what she was saying was not her own views, or something she has made up, but is based on scientific facts.

She said she is a journalist and was reporting on what was happening to staff at the hospital, which she said was her main concern, and that she “would not be silenced.”

She said she was still receiving a “tsunami” of information from people, including staff at the hospital, who she described as whistle-blowers whose “testimonies need to be heard”.

Ms O’Doherty, who was accompanied in court by John Waters, said the claims against her were “lies”, that others were lying, and she was telling the truth.

Urging the court not to grant the injunction, she claimed she had a very negative personal experience at the hospital with a loved one, and described it as a “kip”.

Eoin McCullough SC, appearing with Michael Binchy Bl for the plaintiffs, said his side were anxious to have the orders put in place.

While his clients did not agree with Ms O’Doherty, she was perfectly entitled to take the views she has in relation to vaccines and in particular vaccines associated with the Covid-19 pandemic. However, he added, the case was not about her views on vaccines or Covid-19.

Counsel said his clients had issues with comments made in the videos made by Ms O’Doherty, including where she described the hospital as a “death camp” and some named staff as “psychopaths”.

Ms O’Doherty had further alleged that management, senior consultants, nurses, doctors and everyone involved in providing the vaccine have “blood on their hands”.

It was also falsely alleged staff are being forced to get the Covid-19 vaccine and, if they did not, they would be demoted to clerical duties, ostracised, harassed and stalked, he said.

The comments, he said, are not true and Ms O’ Doherty had not disclosed any defence to plaintiff’s allegations in her submissions to the court.

Counsel said that all vaccinations are undertaken on a voluntary and consented basis, in line with HSE policy with the consent process, including provision information from independent experts.

Counsel said that in line with the HSE policy any member of hospital staff who decided not to take a vaccine would not have a “face-to-face role with patients”, counsel said.

There was no question of staff being stalked or treated in the manner alleged by the defendant in the videos, counsel added.

Wales innomin - July 28, 2021
0
Boris Johnson stressed the need for caution despite recent falls in the number of coronavirus cases as he warned that the...

Wales innomin - July 28, 2021
0
A new on-demand public transport service will not exclude those without a smartphone, operators Newport Transport has said. Yesterday, Newport...

Newport Transport tells passengers how to ‘book a fflecsi bus’ without...