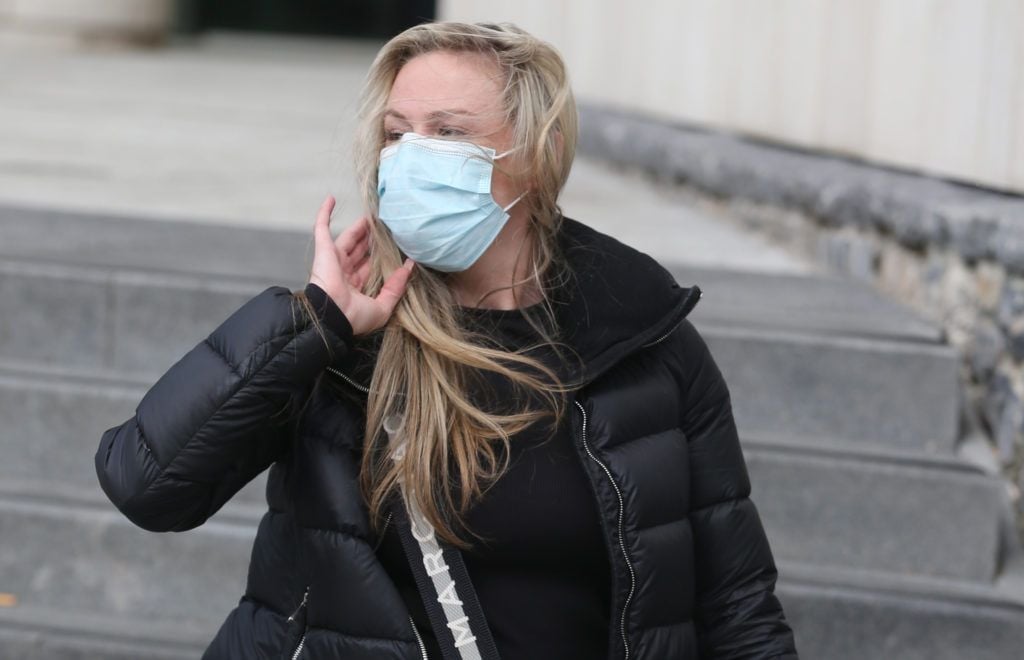 A High Court challenge brought by Dublin woman Gemma Greene, who is charged with dangerous driving following an alleged chase involving Garda vehicles on the M50, over bail conditions imposed on her by the District Court has been adjourned until May.

In judicial review proceedings against the Director of Public Prosecutions Ms Greene has challenged bail conditions that were imposed on her by District Court Judge Treasa Kelly.

A stay on several of those conditions, which was granted by the High Court last week, is to remain in place until further order of the court.

The conditions challenged include that Ms Greene stay away from Ballymun, be under curfew from 11pm to 6am, sign on daily with the gardaí and that she remains of sober habits.

The variations were granted following an application to the District Court by the gardaí, who told the District Court judge that Ms Greene had holidayed in Spain following her arrest and charge, and had given media interviews stating that she intended to leave the jurisdiction.

Through her lawyers Ms Greene claims the District Court lacks the jurisdiction to make the variations, and in her action seeks an order quashing the changes to her bail conditions imposed on her by the District Court on March 29th last.

She also seeks declarations including that the District Court lacked the jurisdiction to vary the bail conditions, and that the additional conditions are not lawful, proportionate nor necessary.

The Court also placed a stay on the bail conditions imposed by the District court on the condition that Ms Greene surrender her passport to the gardaí, and undertake not to apply for any further travel documents.

When the matter returned before Ms Justice Nuala Butler on Thursday counsel Giollaiosa O’Lideadha SC, appearing with Karl Monahan Bl, for Ms Greene said the parties had agreed that the case could be adjourned.

The action will be mentioned before the court a date in early May, counsel said.

It was also agreed with the DPP that the stay granted by the High Court on his client’s bail conditions could remain in place until further order of the court.

Previously the High Court heard that following her arrest by Gardai last month Ms Greene of Bunratty Road, Coolock, Dublin 17, was remained on Station bail, where she was required to attend court and be of good behaviour.

Her lawyers say that she fully complied with those conditions and say that the additional conditions were unlawful and unnecessary.

In a case which the High Court heard has attracted a lot of media attention, 24-year-old Ms Greene is charged with two counts of dangerous driving, on the M50 at Junctions 4 and 9 northbound last March 1st.

It is also alleged that gardaí chased a car on the M50 until it stopped at the Hampton Wood Drive area of Ballymun. She has not yet entered a plea.