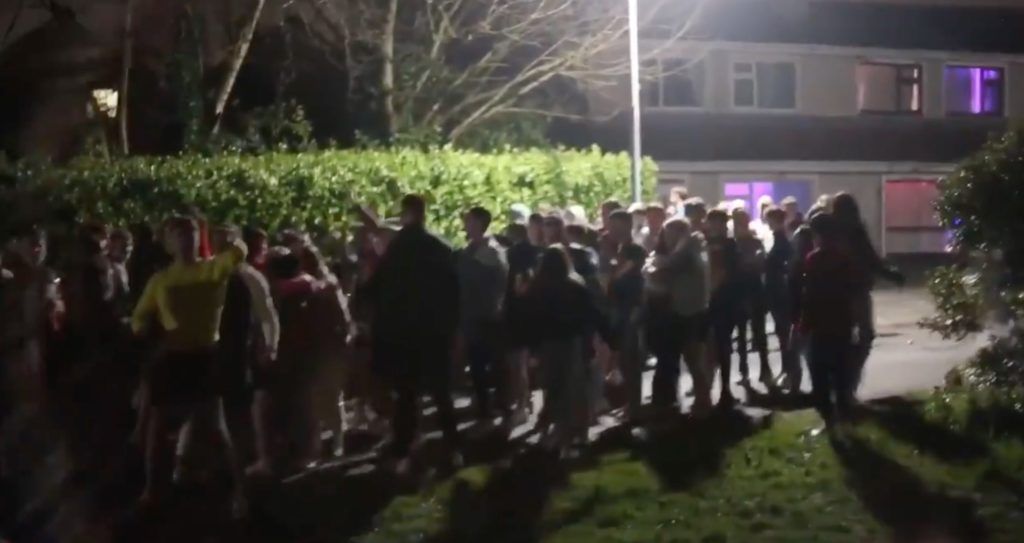 Landlords of properties rented to students in Castletroy, Limerick, where house parties have come under the spotlight during the Covid-19 pandemic are to be targeted in a joint operation coordinated by Limerick City and County Council and gardaí.

Landlords who may be using illegal waste providers will also be targeted.

It comes following a student street party in the College Court estate near the University of Limerick last Tuesday night.

Gardaí issued 56 fixed charge notices on the night, and five people were arrested for alleged public order and drugs offences.

It’s not just the students, there are people who have just taken houses there and have run amuck.

Pat Daly, chief executive of the Council, told a meeting of the city and county’s Joint Policing Committee today: “I think if we keep on the ground and keep hitting them at various points — from everything from estate management, to bins, litter inspection services, it will have an impact.

“It’s not just the students, there are people who have just taken houses there and have run amuck. We are also going to try and tackle the landlords.”

Mr Daly said “many of them are private and not registered, so we have to see how we can tackle that”.

“We are very conscious of it and hopefully swift action will yield results,” he added.

Head of the Limerick Garda Division, Chief Superintendent Gerry Roche, told the meeting gardaí had issued “a total of 972 fixed charge notices” including “over 350, in the Castletroy and College Court area”.

Gardaí recovered around €21,000 worth of cocaine last Tuesday night in college court, he said.

“All necessary resources are being assigned to ensure the objectives of the operation are achieved,” he added.

Chief Roche said aside from last Tuesday’s street party, five people had received “substantial fines” for organising house parties in the area; 16 were fined for attending the parties, and more were fined for “being outside of their area”.

“Some of the people we have caught for drugs have travelled from other counties. There is an awful lot of activity going on.”

Chief Roche praised the “majority” of UL students who have adhered to Covid-19 guidelines, “I have to be fair to the students – there is 17,000 students out there, and you are talking here about a cohort of people — maybe 350 who have had fines, but maybe 700 people who are not complying with the FCNs (fixed charge notices) or with Covid regulations”.

UL are funding overtime for six gardaí to patrol off campus estates.

Chief Roche said: “We are also working with the council in relation to what’s going on out there, and they have issued fines and summonses and they’re going to bring prosecutions for litter, outside any of these houses that they come upon.”

He said UL’s private on-campus security team “cannot” patrol off-campus estates, “they have no powers outside there, and we wouldn’t ask them to, because they may put themselves in danger”.

Chief Roche has drawn a business plan sent to Commissioner Drew Harris for the development of a Garda Station in Castletroy, which would house up to 30 officers.

“It’s a proposal, we have no premises identified, so it might be a new premises or an existing one, that will be decided by the OPW and planners,” said chief Roche.

“The proposal for a new Garda Station in the Castletroy area is with the Commissioner and we are working with Garda Housing on it, but there has been no decision on it,” chief Roche added.