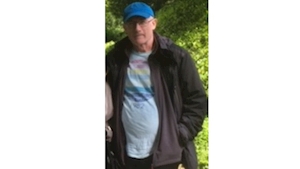 A renewed appeal has been launched to find a missing Dublin man on the first anniversary of his disappearance.

Gerard (Gerry) Taylor when missing from his home at the Grande Central Apartments in Sandyford in 2019.

Mr Taylor was last seen on Kellystown Road in Rathfarnham, walking in the direction of Ticknock shortly after 11am on Saturday, May 25, 2019.

Gerry is described as being 5′ 10″ in height and of medium build. He has grey hair and stubble, blue eyes and wears glasses.

When last seen, he was wearing a blue sports cap, black jacket with a hood, bottle green-coloured chino trousers and navy Adidas flat trainers with a white sole and white stripes on the side.

Gardaí and Gerry’s family have serious concerns for his welfare and are asking anyone with information on his whereabouts to contact Dundrum Garda Station.

Independent TDs may hold the key to government formation

Wales innomin - June 5, 2020
0
There are "no suspicious circumstances" surrounding the death of a Swansea mum-of-three, South Wales Police has stated. Gemma Palmer's body was...

Ireland innomin - June 5, 2020
0
Plans to provide summer tuition to thousands of students who need additional support are expected to get the green light in the coming...