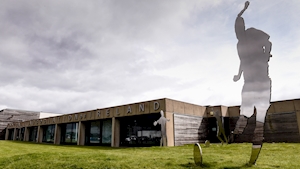 Gardaí are investigating a series of abusive letters sent to FAI offices in Abbotstown in the past 48 hours.

The letters are reported to contain a series of threats against staff at the football association.

It comes following last week’s announcement by the organisation that it has liabilities of €55m.

An emergency Oireachtas committee meeting on the FAI’s financial situation had been arranged for tomorrow, but it was postponed today after the association said it would not be appearing.

It is believed security at the west Dublin campus has been increased as a precaution.

Court hears vulnerable girl was ‘scared for my family’ when she stored gun and...

Ireland innomin - January 23, 2020
0
A serious criminal used a 17-year-old vulnerable girl to store a gun and live ammunition, a court has heard.When gardaí went to the...

Wales innomin - January 23, 2020
0
A woman who posted a photo said to show one of James Bulger’s killers on Facebook has been spared jail. Tina...

Court hears vulnerable girl was ‘scared for my family’ when she...