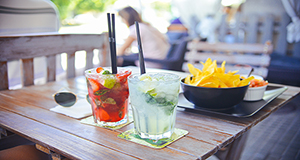 Gardaí have encountered 16 new potential breaches of Covid-19 regulations at pubs in the last week.

As part of Operation Navigation, garda officers have conducted thousands of checks on licensed premises since they were permitted to reopen in July to ensure public health guidelines are being followed and alcohol is not being served without food.

The new potential breaches of regulations identified between September 7th and 13th bring the total number identified to 216.

Files are now being prepared for the Director of Public Prosecutions in each of these cases.

Deputy Commissioner John Twomey said there has been a very high level of compliance generally.

“This is welcome. However, some licensed premises are risking the health of their employees, customers and local communities,” he said.

“Customers of such premises should also consider the risks to themselves, and their family and friends from ignoring public health advice and regulations.”

From September 21st pubs around the country will be permitted to reopen without serving food, with the exception of pubs in the capital.

Paris set for second strict lockdown with curfew on bars and restrictions on public...

Wales innomin - September 28, 2020
0
The city of Paris is set to enter a strict second lockdown in attempt to slow the spike in coronavirus cases...

Ireland innomin - September 28, 2020
0
Public health expert Dr Gabriel Scally has said that schools should consider hiring marquees in which classes could be held.Ventilation, sunlight and staying...

Dad of locked down university student goes on Lorraine to say they’re being ‘treated...

Wales innomin - September 28, 2020
0
The dad of a student locked down at Manchester Metropolitan University says they are being 'treated with utter contempt.' Students...

Paris set for second strict lockdown with curfew on bars and...

Dad of locked down university student goes on Lorraine to say...