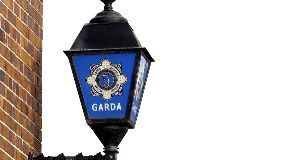 Gardaí have charged a man in connection with a spate of burglaries this year in Limerick.

He is the third man to be arrested in connection with the investigation and will appear in court tomorrow morning.

The man in his 20s was arrested on Wednesday evening and detained at Henry Street Garda Station.

He has been charged with several offences in relation to burglary, theft and other incidents that occurred throughout the year.

Two other men, both aged in their 20s, were also arrested and charged as part of this operation last month.