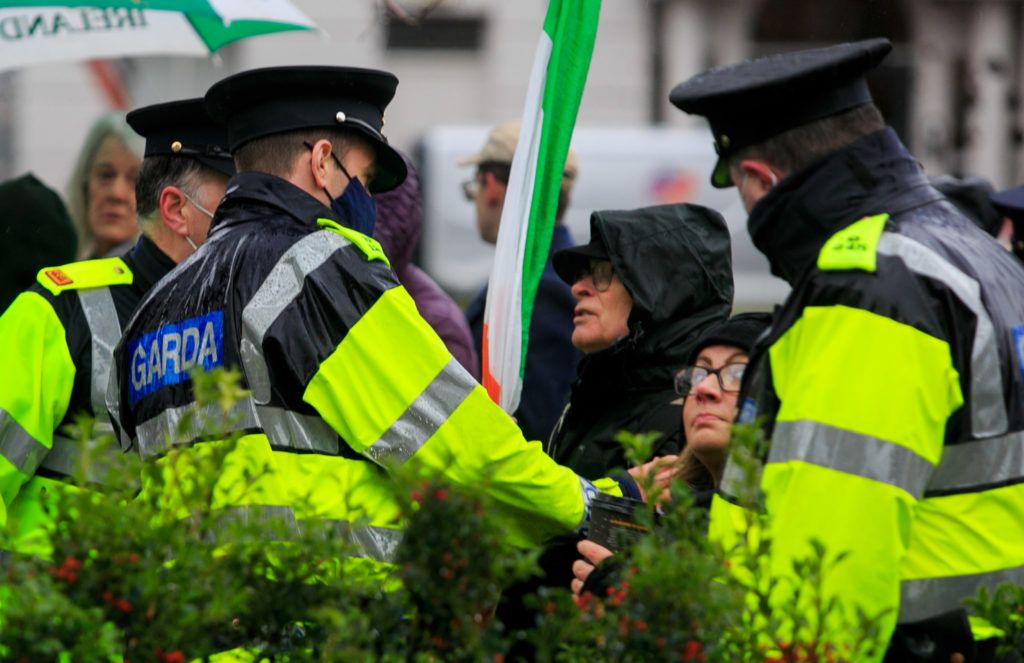 Gardaí have arrested 11 people at a protest planned to take place outside the High Court in Dublin on Wednesday.

From around 9.45am, gardaí said a number of people gathered on Inns Quay in the vicinity of the Four Courts.

Officers implemented a policing operation in relation to the protest, as a ban is currently in place on organised gatherings under Covid-19 public health regulations.

Garda members engaged with the gathered protestors over a period of time but following a “persistent lack of compliance” with public health regulations and directions from gardaí, public order personnel were deployed to support uniform gardaí.

Gardaí made “lawful demands” for names and addresses from a number of protestors, however, 11 failed or refused to provide the information requested.

As a result, the six males and five females were arrested under the 1947 Health Act, at various locations along the Dublin quays.

One man who further refused to provide his name and address has been charged and appeared before District Court 4 at the Criminal Courts of Justice.

He has been remanded in custody to appear before Cloverhill District Court tomorrow.

Three men and one woman were charged with offences and released on station bail.

One man and four women were issued with fixed payment notices.

One further man has been released, pending a file for the Director of Public Prosecutions.

Louth man jailed for his role in 2018 Drogheda abduction

Ireland innomin - March 5, 2021
0
Three police officers have been injured as their car was rammed by a lorry in south Armagh. It happened during a joint enforcement operation...

Ireland innomin - March 5, 2021
0
More than 600,000 coronavirus vaccine doses have been administered in Northern Ireland. The total is significantly ahead of the schedule followed by planners of...

More than one million people in UK are now fully vaccinated...